Although the pair are confident that their long-standing friendship will last through the heat of an F1 championship fight, Mercedes boss Toto Wolff says he is not naive enough to discount the prospect of trouble head.

"The intra-team rivalry is there since the beginning, and it has been there since last January," he explained after seeing Hamilton and Rosberg take the team's first one-two finish of the modern era in last weekend's Malaysian Grand Prix.

"I think what makes a difference is that these two guys have known each other for such a long time. They have a fair relationship with each other.

"But that doesn't mean that they are not extremely competitive, and they will try to use every advantage they can.

"We saw last year in Malaysia that we ran into a situation where we did not manage things in the way we should have managed, because we were surprised how competitive we were.

"But one day it will be rubbish and it will all be academic. We will run into controversy and we will run into a situation that we have to manage. They are still very competitive creatures." 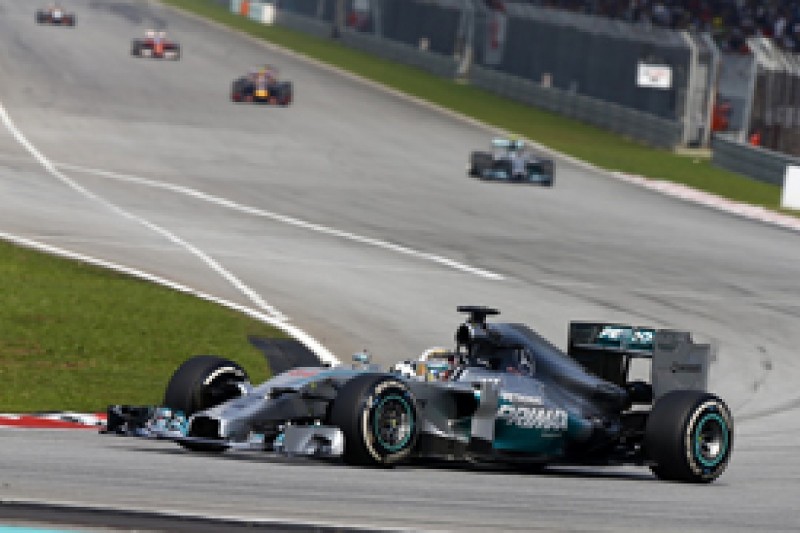 Although Hamilton had the edge in Malaysia, Wolff thinks there is very little performance difference between his two drivers.

When asked about why Hamilton had the advantage at Sepang, he said: "It is difficult to say.

"You could see that straight from the beginning, Nico had a bit of a snap oversteer, I think in Turn 3, and it was hard to recover from then.

"But mid-race he came back and they kept pushing each other all through the weekend.

"Rosberg won the race in Melbourne, and at the beginning of this weekend it was Nico ahead. Then Lewis came back and during the race it was Lewis. So I would say they are pretty on par."

There's no such thing as a bad F1 team