The noise produced by the new-for-2014 1.6-litre turbo engines has become a hot topic during the first two races, with fans complaining the cars sound too quiet and F1 world champion Sebastian Vettel labelling the new cars "s**t" compared to the sound of the old V8 engines.

Renault's head of track operations, Remi Taffin, told AUTOSPORT that F1 would be stuck with the sound it has unless the regulations changed.

"There's two big items that drive this," he said.

"It's important to say it's based on the regulations, because they set 15,000 as a maximum, but the fuel-flow limitation means the maximum we're running, whether it's a Ferrari, a Mercedes, or a Renault, is 12,000 and at the end of the straight it could be 10 or 11,000.

"This makes a very big difference, because last year it was 18,000. Now where you've got grandstands it's something like 10.

"The other item is the turbo. You put one thing through the path of the exhaust gases, which is like if you would put a pillow on someone's face. It acts as a muffler. 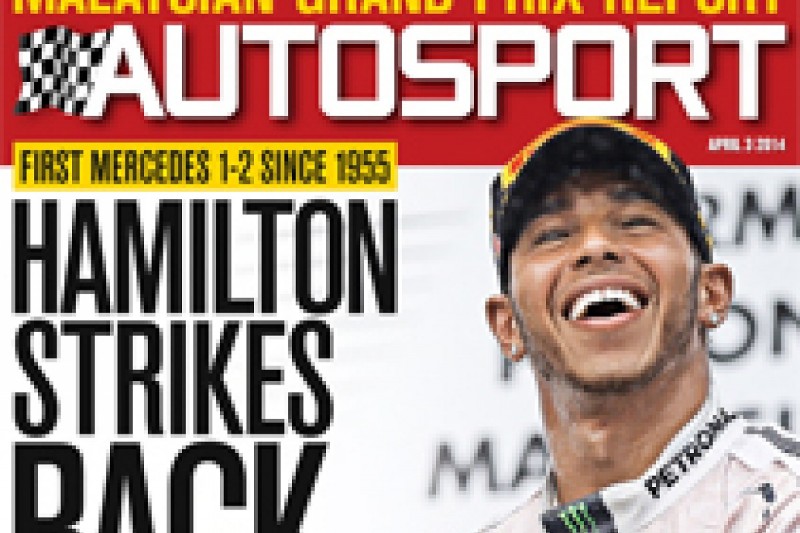 "If you combine these two, we've got the result we've got."

Taffin said the noise of the engines could increase if they revved harder, but this would be impossible while the regulations mandate a fuel flow limit of 100kg/h.

"If you want to have a different noise you have to go up on revs, but there would be no point going up on revs if you look at the fuel flow, because you would have to get the fuel flow up. But then you bring get your efficiency down," he added.

"There's nothing you can do with exhaust profiling because again you've got both exhaust pipes running into the same tailpipe after it has run through the turbo, so it is what it is."

For a full analysis of Formula 1's noise issues, including insight from an audio engineering expert and an F1 TV insider, read this week's AUTOSPORT magazine, out on Thursday.