Mercedes Formula 1 boss Toto Wolff said his team wanted to sort Lewis Hamilton’s new contract out as early as possible so it didn’t distract from its title ambitions.

The German manufacturer is locked in a close fight with rival Red Bull for this year's championship, with its rival on a run of form after winning the last four grands prix.

With Mercedes clear that it needs to throw everything at not letting Red Bull get away from its grasp, the possibility of protracted contract talks were not ideal.

So ahead of the Austrian Grand Prix, Mercedes announced that it had signed Hamilton to a new two-year contract that will keep him at the outfit until the end of 2023.

“As we enter a new era of F1 from 2022 onwards, there can be no better driver to have in our team than Lewis,” said Wolff. “His achievements in this sport speak for themselves, and with his experience, speed and race-craft, he is at the peak of his powers.

“We are relishing the battle we have on our hands this year – and that’s why we also wanted to agree this contract early, so we have no distractions from the competition on track. I have always said that as long as Lewis still possesses the fire for racing, he can continue as long as he wants.” 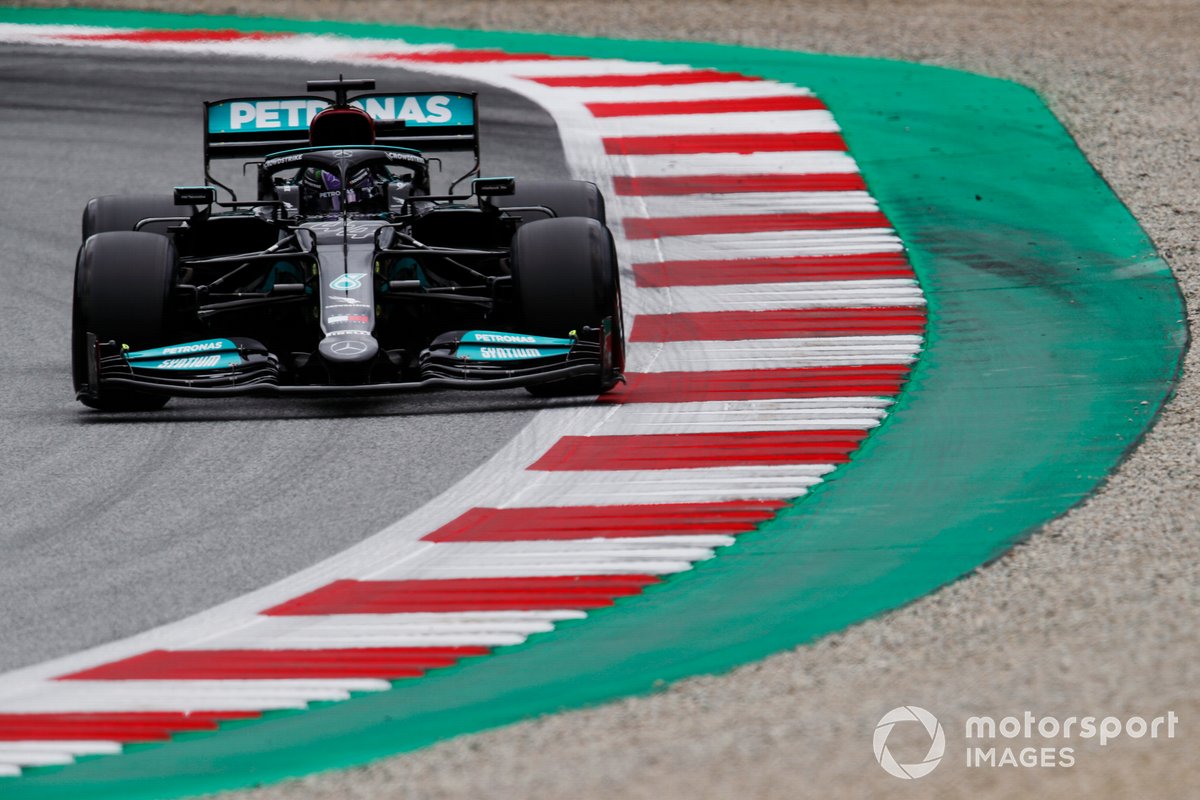 News of Hamilton staying in F1 was welcomed by F1 CEO Stefano Domenicali, who is well aware of the star attraction that the seven-time champion brings.

“This is fantastic news for Formula 1 and I am delighted that Lewis will stay in F1 for at least another two years,” said Domenicali.

“What he has achieved in this sport is incredible and I know he has more to come. He is a global superstar on and off the race track and his positive impact on Formula 1 is huge.”

Wolff’s comments about distractions hurting Mercedes came after Ferrari team principal Mattia Binotto suggested last week that the Brackley-based squad had paid the price for staff instability and the late Hamilton contract ahead of this season.

“Already in the last year there have been significant internal changes, with roles that have perhaps been revised. Plus the signature with the driver that arrived only in February,” he said.