Mercedes has revealed the trick floor that it wanted to stay hidden from other teams before the start of Formula 1 testing.

The world champion outfit had launched its W12 earlier this month but was open that the car was not fitted with a real version of the floor that it would be running in 2021.

With F1’s aero rules having changed this year in a bid to cut back on downforce, teams have been forced to rework the designs they had in this area of the car.

In particular, the removal of an area of the floor ahead of the rear tyre, plus a ban on holes and slots, was aimed at robbing teams of around 10% of downforce.

Teams are well aware that how well they recover the downforce in this area will be key to their fortunes in 2021, so they have devoted a lot of effort to trying to make gains.

Mercedes technical director James Allison explained that his squad decided to hold back on showing the floor because it did not want other teams to get a head start in being able to copy its idea.

“The bit we're not showing you is down along the edge of the floor," he explained at the car launch. 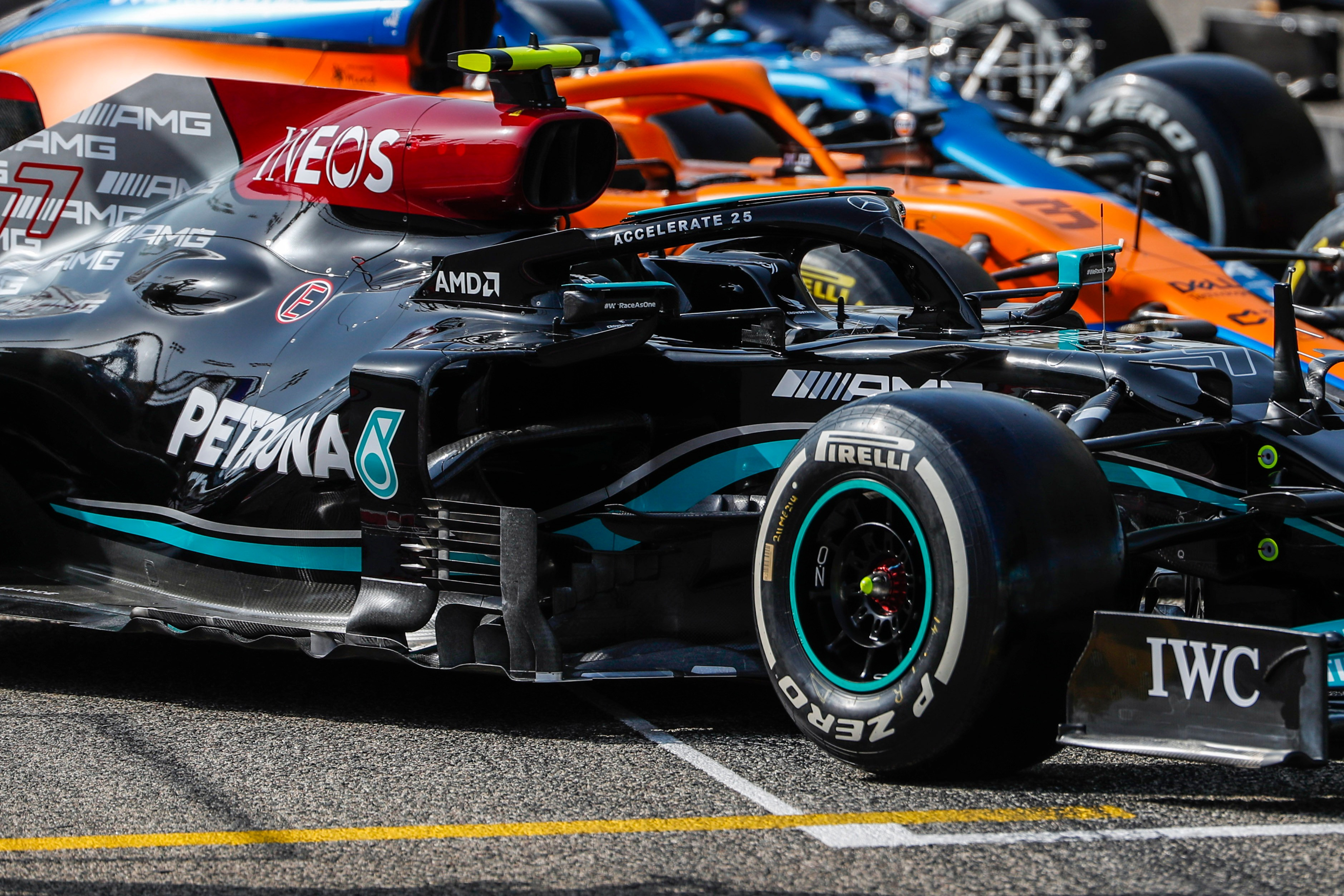 Ahead of the start of pre-season testing, though, all the 2021 cars were rolled out on to the track for a photo opportunity – forcing teams to finally show off their current designs.

The Mercedes floor has an intriguing arrangement with the floor edge rippled as it runs back from the front of the sidepod area.

The floor section ahead of the cutout is much busier, with five upturned scrolls placed on its edge in coordination with the supports for the bold flap mounted above them.

The floor also has a small notch at the point where the floor cutout begins, as seen with a number of other designs this season.

But rather than there being a cluster of winglets or a change in floor geometry to coincide with it, this area remains clear of clutter, at least for the moment.

Mercedes has opted for a bold design on the rear of the floor’s edge split into multiple sections, all of which have their own curvatures to entice the airflow in very specific ways.

Furthermore, the final section of floor has been tilted upward with a downward facing Gurney tab providing an abrupt surface for the airflow to clash with.

Over the top of the diffuser, Mercedes has three floor strakes, all with their own intricate geometries that look to force the airflow between the tyre sidewall and edge of the diffuser in a more controlled manner.

It’s also interesting to see that Mercedes appears to have forsaken the maximum volume available in the diffuser, with the upper floor bulge clearly much taller in the mid section than it is in the outer section.

This is further exaggerated by the cavernous trench that’s been created in the central portion of the floor and gives the airflow more space to operate in within the coke bottle region.