A never before seen problem with the turbo on his Formula 1 engine caused Valtteri Bottas to retire from the Spanish Grand Prix, Mercedes has revealed

Mercedes brought new engines for the works cars to Barcelona, upgraded for reliability, but was forced to revert Bottas to the one he used at the previous four grands prix, after noticing a water leak on his new unit while fixing an electrical fault discovered after Friday practice.

A post-race analysis by Mercedes has now confirmed the failure of Bottas's old engine in the race was caused by a turbo problem the team had not come across before.

Mercedes team boss Toto Wolff said: "We've identified the root cause of the problem, which was the turbo.

"We haven't seen that defect before, which shows you that you need to be double diligent.

"This is a technical sport and if you stretch your limits, you'll encounter technical problems." 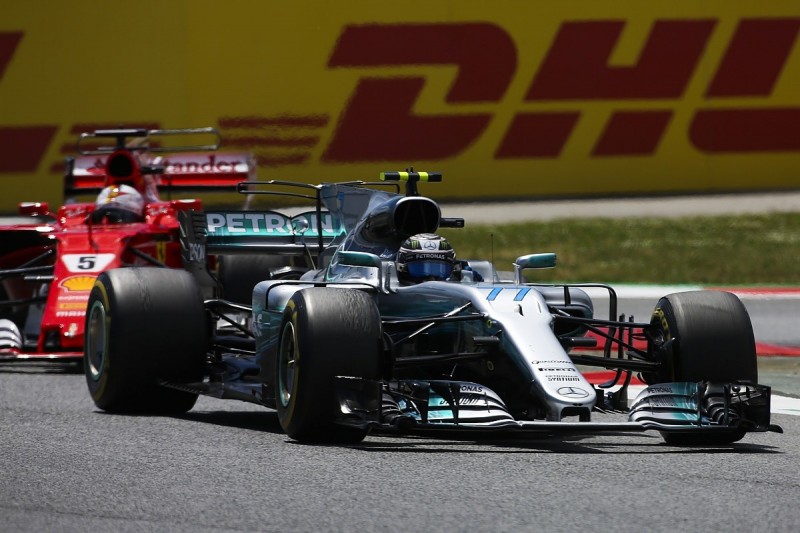 Bottas's retirement marked the first occasion Mercedes has suffered a significant engine failure in 2017, having undertaken a significant redesign of its power unit over the winter - including all-new MGU-H and MGU-K designs.

Mercedes has still proved competitive and reliable enough to win three of the first five races this season, but Wolff said the intensity of a new title fight with Ferrari over the first quarter of the campaign is piling extra competitive pressure onto his team.

"We are in a massive fight with Ferrari," Wolff added.

"On one side, this is very exciting and challenging, but on the other side, it is going to stretch us to our limits.

"Every weekend will push us to the limit; this is the new reality of Formula 1 in 2017."