Hamilton is to start from the back of the grid at Monza after his Mercedes team elected to switch to his fourth power unit of the season.

While F1's rules mean that his final position against fellow back-of-the-grid starters Carlos Sainz, Yuki Tsunoda and Valtteri Bottas will depend on his qualifying time against them, it will not be essential for him to maximise every tenth on track like it would be if he were without a grid drop.

It means that Mercedes could elect to sacrifice his running at some point to give Russell a decent tow during qualifying, which could prove critical in moving him up nearer the front spot.

But while Russell could stand to gain a couple of tenths from Hamilton's assistance, he reckons the risks of teams getting their towing strategy wrong means it will probably opt against doing so.

"I mean, if you nail it, it definitely does work," said Russell, who ended up fifth fastest in FP1. "But there's high risk, high reward really. So it's not something we put on a lot of emphasis into.

"Qualifying sessions over time are when we learn quite a lot about the car and the tyres. And that's clearly been somewhere we've struggled this year. So for now, I think we'll both just go in and do an ordinary session."

Hamilton also reckoned that him running first on track would already be enough to help Russell make any gains he wanted. 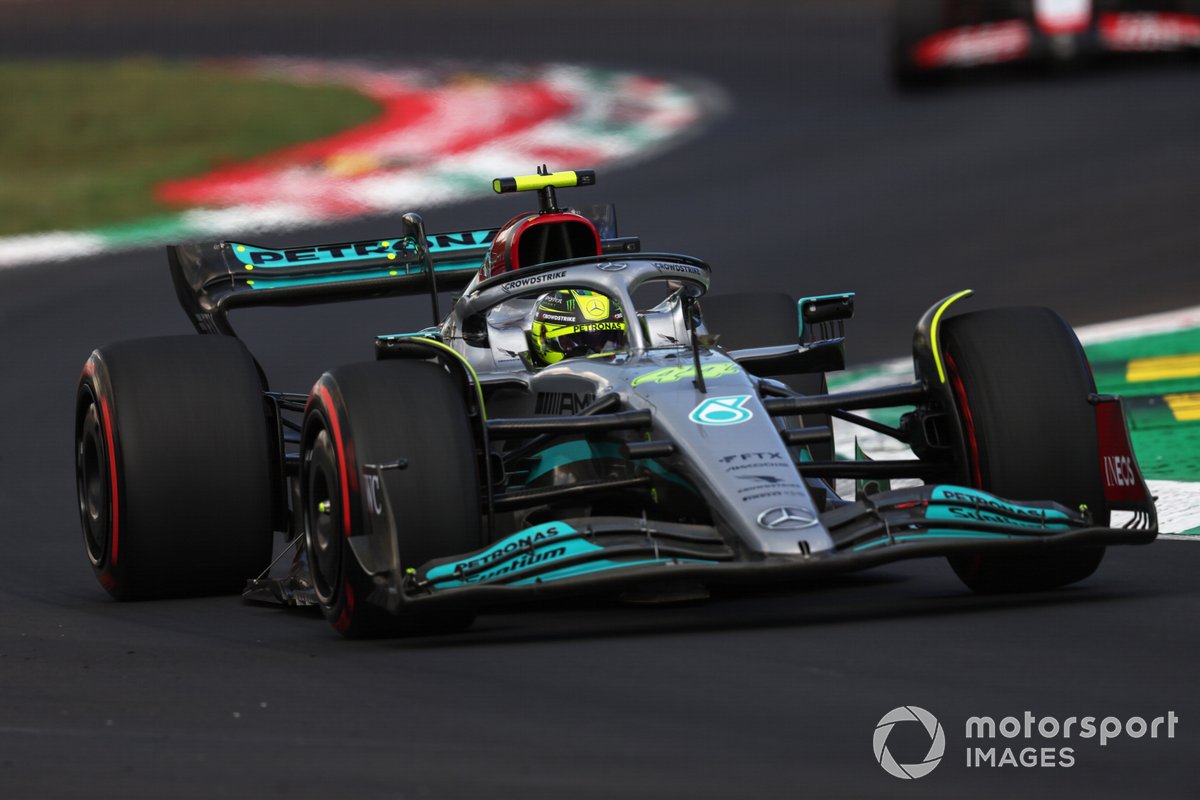 "It's George's turn to choose this weekend, whether he goes first or second, so most likely he will choose to go behind me," he said "So I'll just do my normal programme and he'll get a tow."

Both Russell and Hamilton reckoned the Mercedes was not at its best around Monza, as the team's pace fell away over the two practice sessions.

Russell said: "It was a bit of a strange day. FP1 was looking pretty strong, but then Ferrari and Red Bull seemed to have taken a step forward compared to us: or maybe we've taken a step back as we were obviously behind the McLaren in FP2. So a bit of work to be done tonight to understand that."

Hamilton, who was seventh in the afternoon, added: "We went a lot slower or they went a lot quicker. I'm giving it everything out there and it just doesn't feel particularly quick."

One of the key factors holding Mercedes back was that its energy deployment characteristics are not ideal for the long straights of Monza, as it runs out of its power boost too early on the straights.

Russell reckoned that could prove critical in giving Ferrari an edge in their fight for position.

"We are lacking a bit of deployment," he explained. "We are similar to Red Bull but Ferrari seem to have the upper hand in terms of deployment. So that may make things trickier in a race scenario, as they've got a bit more in the locker to play with. But it's going to be something we're going to have to deal with."