Mercedes reveals maiden use of F1's MGU-H in road cars

Formula 1's criticised MGU-H technology is finally about to be adapted to road car use, with Mercedes revealing plans to use it on its next generation of vehicles

The MGU-H, which converts hot exhaust gases in to electric energy, has proven to be the most challenging element of F1's turbo hybrid powerunits since they arrived in 2014.

The headaches it has caused some manufacturers to get on top of the technology, allied to the costs of doing so, has led to several pushes to try to rid the sport of it for the long term.

But Mercedes, which has won every championship during the turbo hybrid era, has long argued about the knowledge benefits to the automotive industry that have come from pushing the concept - and it has now proven it by declaring that its ideas are trickling down to road cars.

The understanding that has come from the MGU-H is to be applied in a new electric exhaust gas turbocharger, which is in the final development stages before it will be added to new production models from AMG-Mercedes.

Tobias Moers, the chairman of the board of management at Mercedes-AMG, said: "We have clearly defined our goals for an electrified future.

"In order to reach them, we are relying on discrete and highly innovative components as well as assemblies. 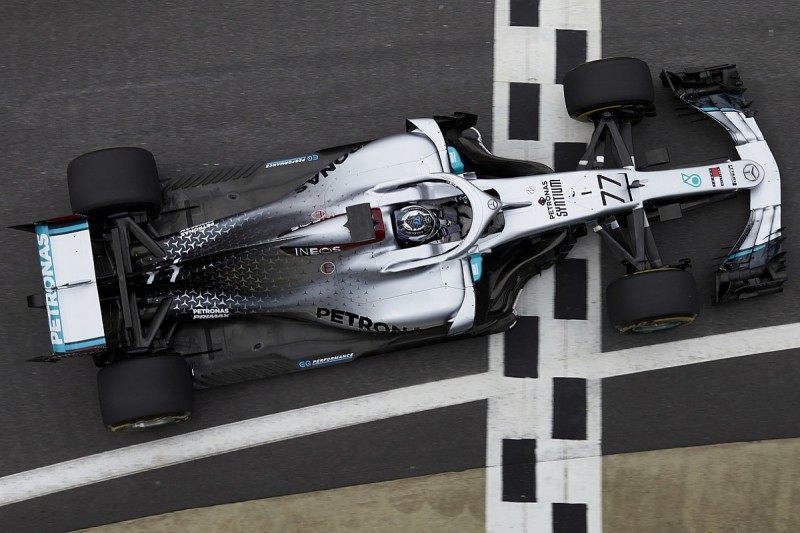 "With this move we are strategically supplementing our modular technology and tailoring it to our performance requirements. In a first step this includes the electrified turbocharger - an example of the transfer of Formula 1 technology to the road, something with which we will take turbocharged combustion engines to a previously unattainable level of agility."

The idea behind the road-car version of the MGU-H is not to boost performance through the delivery of extra horsepower - like in F1 - but to help improve engine response time and minimise turbo lag.

It will use a slim electric motor (just 4cm) integrated onto the charger shaft, between the turbine wheel on the exhaust side and the compressor wheel on the fresh air side.

The motor will drive the compressor wheel before it accepts the exhaust gas flow. The turbocharger runs at 170,000rpm.

Its use in the road car should improve response time to throttle input and make a better overall driving feel - while also allowing higher torque at lower engine speeds.

There have been points in recent years where F1's engine manufacturers have discussed ditching the MGU-H as part of a move to make things easier - and potentially attract new entrants. 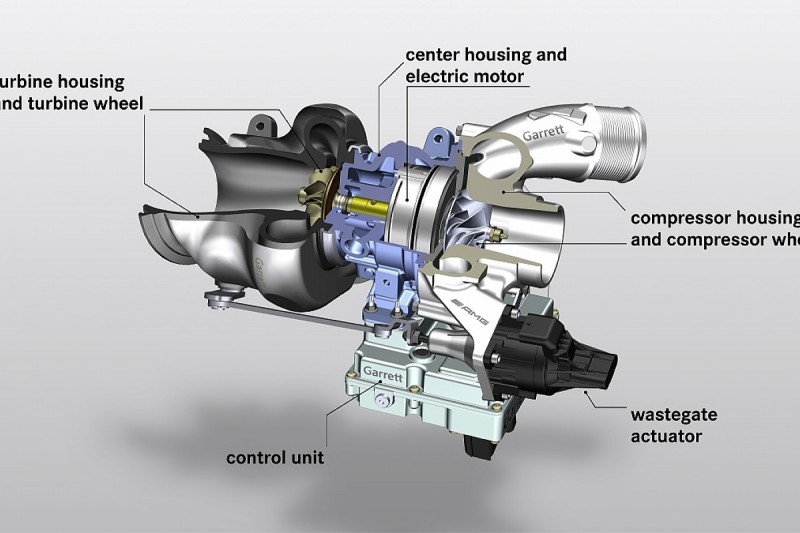 However, the amount of power the MGU-H delivers would force dramatic changes to the concept behind F1's fuel-efficient engines in a bid to make up the loss. Plus it would mean throwing away all the knowledge and investment the current entrants have made.

Mercedes' outgoing engine chief Andy Cowell made clear that he felt losing the MGU-H in F1 would be a backwards step.

"The MGU-H has been blamed for the lack of noise and for high complexity," he told Autosport. "It's been referred to as a miracle. There are four technology companies that have made it work.

"To make up the power difference we're going to have to increase the fuel flow rate, which is a backwards step. It's not progress. It feels like a backwards step when the development work has been done."

Is It Just Me? Podcast: Are the new F1 game driver ratings accurate?