Lewis Hamilton says Mercedes must capitalise on the opportunity it has to grab a 1-2 finish in Formula 1’s Russian Grand Prix with Max Verstappen taking an engine penalty.

Verstappen will start the Sochi race from the back of the grid alongside Ferrari’s Charles Leclerc after Red Bull elected to take a fresh Honda power unit.

With the Dutchman wary about the possibilities to make up a lot of ground in the grand prix, Hamilton and Mercedes know they have a chance to score some valuable points against their rival in the title battle.

And while Hamilton says his team’s approach to the job at hand does not change because of Verstappen’s situation, he is equally sure that his outfit must not squander the chance it has to nail home its advantage.

Asked about the impact of Verstappen’s penalty, Hamilton said: “It doesn't really change anything for us. We have just got to do our thing and focus on performance.

“It's a tough year I think for everyone with reliability, so it's definitely a shame for him.

"But we've got to try and capitalise on that naturally, and try to get the maximum result. A 1-2 would be spectacular for us.”

While Hamilton was outpaced by team-mate Valtteri Bottas in both practice sessions on Friday as Mercedes led the way, he revealed that the pair had been running with different setups in a bid to work out which was the best way to go. 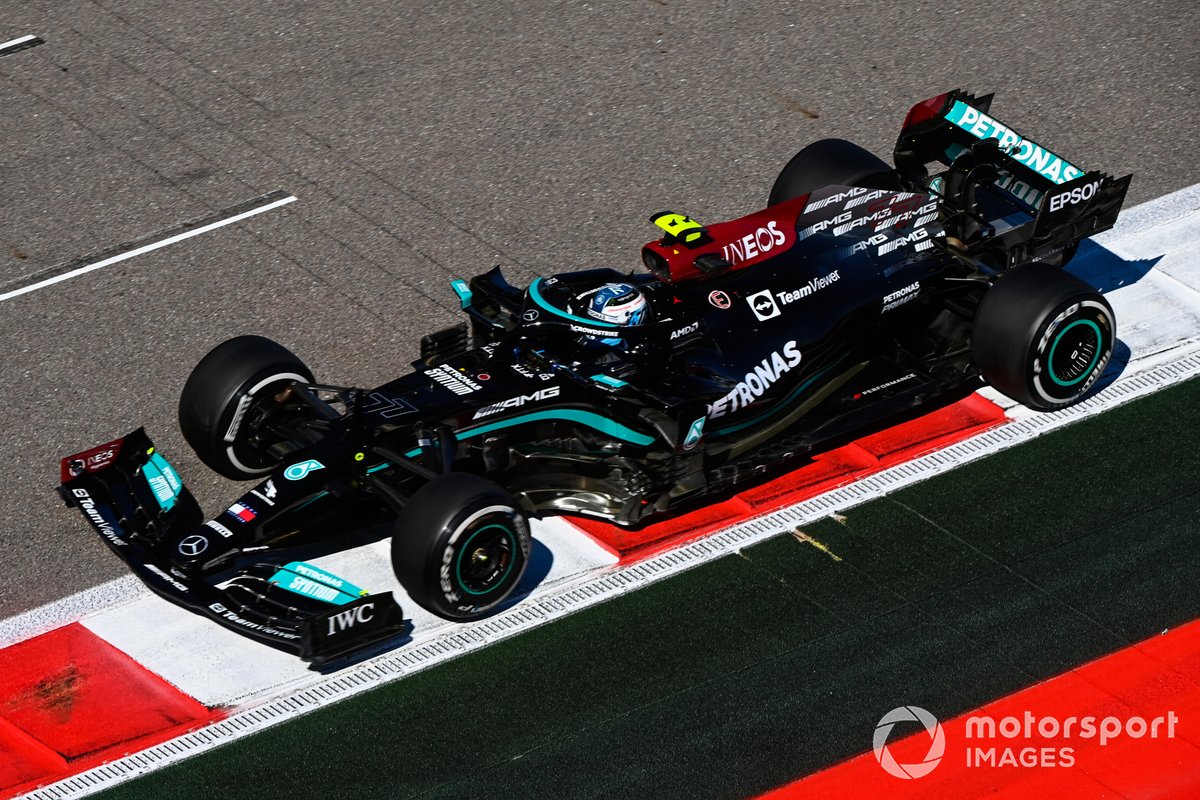 “Me and Valtteri are quite different on setup, and have deliberately gone in different ways to try and see which is best,” he explained.

“So tonight we'll probably try and understand and study those and figure out how we come back to the right path. But it seems like we started off on the right foot.”

Bottas said he felt fully on top of his car from the first run in practice, and believed only minors tweaks were now needed to improve things ahead of qualifying and the race.

“You could always go better, but if I look at the timings and based on the feeling, it was a good day from the first run,” he said.

“I had a good confidence with the car and the balance was actually very good, so all we had to do were minor adjustments during the day.

"I really could focus on the driving and finding small gains here and there, but on both short and long runs I was really, really comfortable.”