Lewis Hamilton insists senior management changes at Mercedes-Benz will not affect the company's commit to its Formula 1 programme, with Toto Wolff suggesting it actually ensures "stability"

It was announced this week that long-time racing supporter Dieter Zetsche is to be replaced as chairman of the board of management of Daimler AG and head of Mercedes-Benz cars by Swede Ola Kallenius, who is the first non-German to be appointed to the job.

After taking some time out in 2021, Zetsche will become chairman of the supervisory board of Daimler.

Kallenius is well known in the F1 paddock, with his many previous roles within the Daimler organisation including a spell running the High Performance Powertrains engine division in Brixworth.

Mercedes motorsport chief Wolff underlined that Kallenius had been on the team board "a long time" and that Zetsche would remain involved.

"We have a very good relationship with the two of them and Dieter is not leaving, he's just taking a cool-off period and coming back into the supervisory board," said Wolff.

"Ola as the new CEO provides stability for our F1 project."

Hamilton agreed that Kallenuis would be a strong supporter of the team.

"I've seen Ola's progression and what he helped build at HPP and his great input into the board as it is today.

"He's just as passionate. He's a massive racing fan. So I don't see anything shifting."

Hamilton was keen to praise Zetsche for supporting him since his karting days. 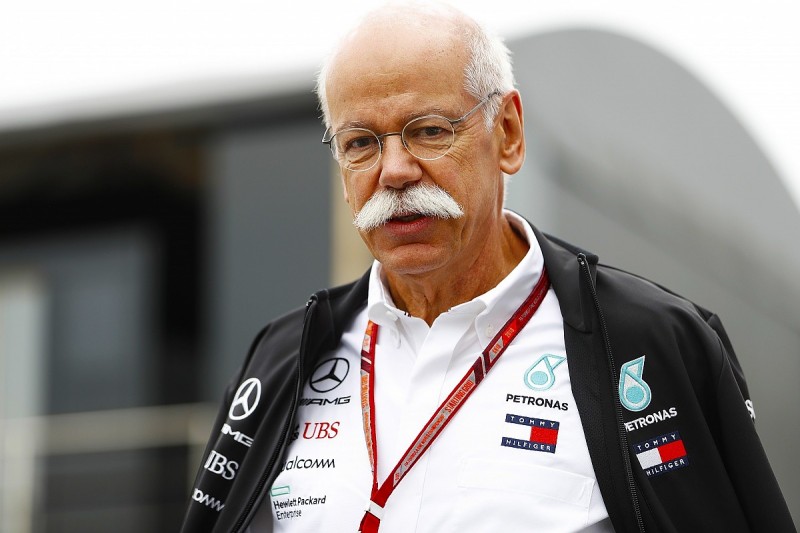 "That's something that I've known for a long, long time was going to happen," said Hamilton of the change.

"Dieter and his contribution to F1 and Mercedes-Benz, and his heavy investment in F1, we wouldn't be where we are today if it wasn't for his and the board's belief in what we are doing together.

"Board members can often be super-corporate and not passionate, but those guys are so passionate, it's really incredible.

"They text me after every race, and often before races. They turn up at a lot of the races as a team.

"I know that they're texting Toto, for example, non-stop throughout the race. They're on the edge of their seats, and they're super-invested. That's a great thing.

"Ultimately Dieter's really that figurehead. He's the one that supported me when I was 13. He's the big, big guy who said 'OK, let's do ahead with it.'

"So I've always appreciated his support all these years, and he's someone that I truly admire."