The Mercedes Formula 1 team says its engine will always be pushed to the limit of reliability, even as rules on power unit use become more restrictive in 2018

Mercedes produced the most reliable engine in F1 in 2017, with world champion Lewis Hamilton the only Mercedes-powered driver to collect engine grid penalties - and even then only due to a tactical component swap after he crashed out of qualifying in Brazil.

Williams rookie Lance Stroll was forced to revert to an old unit after a failure in practice at the same race, and Valtteri Bottas had to revert to an old engine that failed in Spain, but otherwise there were no major reliability concerns for the Mercedes-engined cars.

F1's 2018 rules will further restrict engine use, by reducing each driver's legal engine limit from four to three for the season.

Drivers will each only get three MGU-Hs and three turbos to use. Use of MGU-Ks, Control Electronics and Energy Stores will be limited to just two per driver over 21 races.

Mercedes engine chief engineer Phil Prew told Autosport his team would still push its 2018 power unit to the edge of reliability limits, because simply turning down the engine to meet the new proscriptions is "not going to win us championships".

"To be honest, we'll always be at the edge because you will always want to push the performance up to the durability of the power unit," he said.

"It's easy to turn down a power unit and find reliability - we don't want that, that's not going to win us championships.

"So we will be busy understanding our current limitations, understanding how we can continue to get more mileage out of the engines, more mileage out of the electrical hybrid systems, so that we can get through next year's championship with the proscribed number of units, not have any penalties on the track, and deliver the level of performance we all know the engine is capable of." 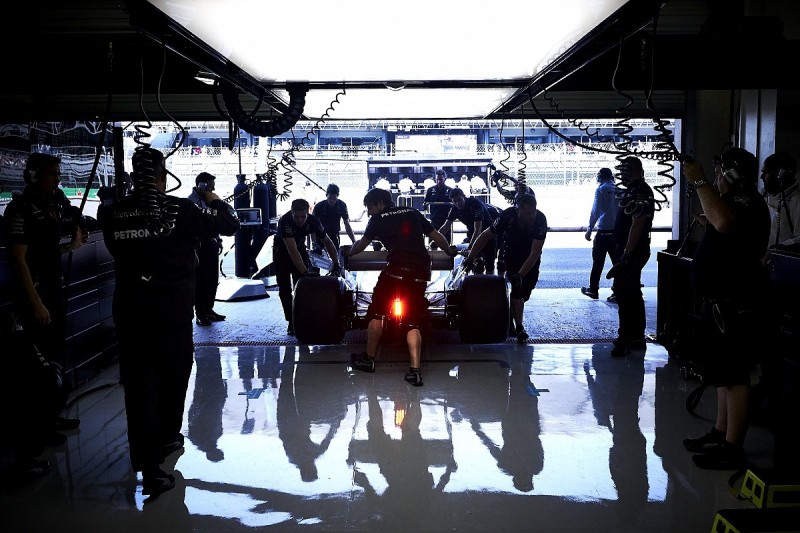 Mercedes made substantial revisions to its F1 engine for 2017, particularly to the hybrid components.

Prew described the team's work on engine reliability as "absolutely endless" and said any revisions to the architecture for 2018 would be made on a "case by case basis".

"We address every limitation - every component of the engine based on what it needs to do," Prew added.

"We're quite constrained by the rules, in terms of capacity on turbos and electrical power etc. - they're all defined within the regulations.

"If it needs to change it will change to achieve reliability and performance; if not then we stick with something we know.

"Really, everything is taken on a case by case basis, but the requirements are very clear."