Mercedes says it is facing “odd” struggles with its Formula 1 car through the banked Turn 3 corner at Zandvoort, losing almost 0.2s to Red Bull through that section alone.

Max Verstappen scored pole position for the second week in a row after topping Dutch Grand Prix qualifying for Red Bull, edging out title rival Lewis Hamilton by three hundredths of a second.

One of the main areas Mercedes was losing time to Red Bull was at Turn 2 and Turn 3 in the first sector, with the banked corner at Turn 3 posing a challenge to drivers with several possible lines.

The team struggled through that section in practice on Friday, and continued to do so on Saturday through qualifying compared to Red Bull.

“We’re generally down, I think I was even on that [final] lap, I was told 0.18s, so close to two-tenths we’re losing in that area.

“It’s difficult to say exactly what it is, but there’s something. Some characteristic of our car that doesn’t like that corner.”

Mercedes F1 boss Toto Wolff said the team was yet to find out what exactly was causing it to struggle so much through Turn 3.

“It’s odd, because we are competitive in the rest of the circuit,” Wolff said.

“But our car doesn’t seem to be happy in the extreme banking of that low speed corner. We haven’t found the answer yet.” 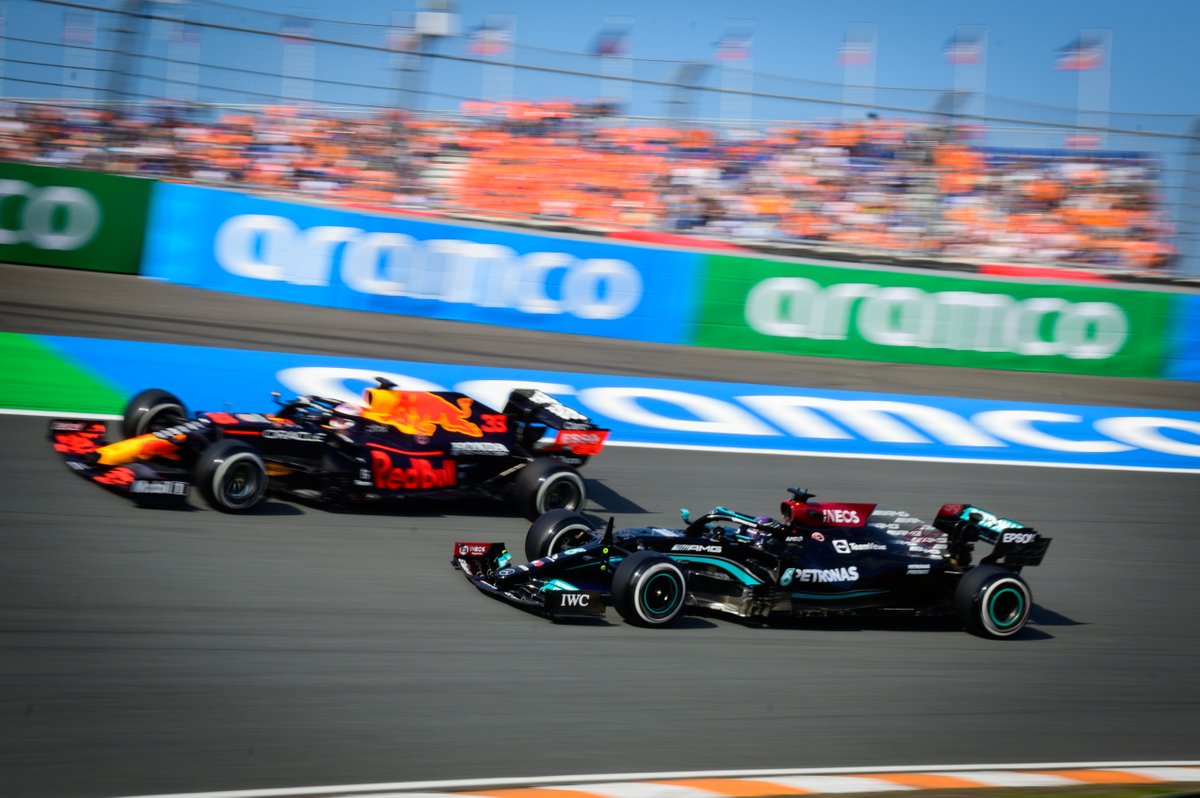 Sunday will mark the first time that title rivals Verstappen and Hamilton have lined up together on the front row of the grid since their collision at the start of the British Grand Prix in July.

But Wolff felt it was wrong to fear there could be a repeat of the clash, saying people “need to stop referring to the Silverstone incident”, and that there was no need to discuss with Hamilton his approach to the first few corners.

“We won’t be discussing the strategy for Turn 1 and 2,” Wolff said.

“The drivers are going to discuss with their respective engineers about various plays, possibility of plays.

“But we don’t need to refer back to him how to drive, or what is at stake, because he knows best. So we’re not going to address that.”