Nico Rosberg and Lewis Hamilton lost the use of the MGU-K on the 36th and 37th laps of the race respectively, meaning they lost all ERS power.

Mercedes has completed a comprehensive analysis of the failures in the high-voltage control electronics (CE) that led to the loss of ERS, deeming that it was because of insufficient cooling.

AUTOSPORT understands that this was not because of any weakness in the cooling capacity of the Mercedes, but down to the configuration that it ran in Canada.

Mercedes has reproduced the conditions of the failure on the dyno and understood the cooling requirements and taken action to prevent a repeat.

This includes revising the operating procedures to manage any similar problems and also deeper understanding of the cooling required according to ambient conditions and the track configuration.

Mercedes has also confirmed that there is no need to change the base hardware of the control electronics.

Hamilton is confident that there will be no repeat of the problem and that the fix will not compromise the pace of the car.

"We definitely haven't lost any performance, we would only have gained from that experience as you do generally from all experiences regardless of if you lose points," said Hamilton when asked by AUTOSPORT about whether he was confident the problem had been solved.

"You step back from it and a lot of work goes into understanding the situation and then rectifying it.

"So, if faced with a situation like that [again] I think firstly we will be able to handle it a lot better and, secondly, the car has been fixed so it won't happen again."

Rosberg, who held on to finish second and only lost the lead to Daniel Ricciardo with two laps remaining, does not expect a repeat of the problem and insists that solving it has not required the team to be conservative with its cooling packaging.

"They understand it and are working on it to try and resolve the problem and we are confident that it's not going to happen here," said Rosberg.

"It's something we will sort out without needing to do go conservative."

Valtteri Bottas said that Mercedes-powered Williams had similar problems with cooling in Canada, although the problem did not become serious enough to cost it ERS power 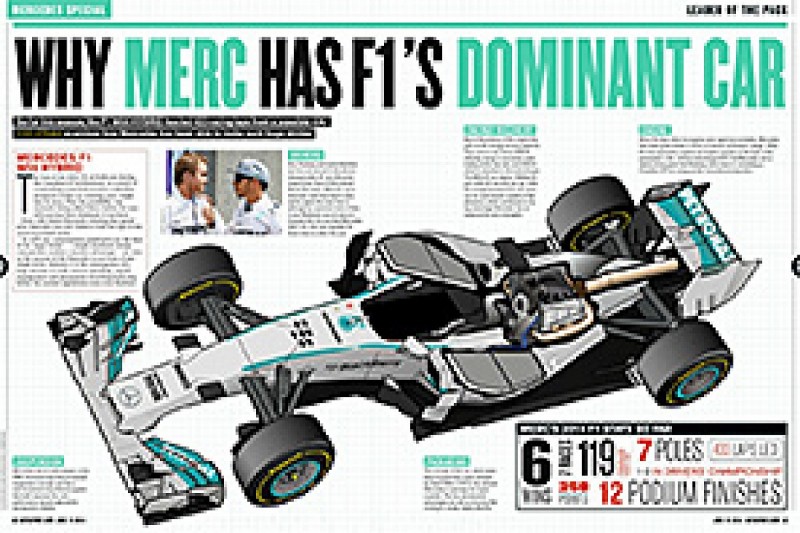 "They are quite similar," said said when asked by AUTOSPORT if the Canada problems were similar to those encountered by Mercedes.

"We were a bit on the limit with the cooling of the car, for the engine and the brakes, and will definitely learn from that."

"I think many of the Mercedes cars have [the same issue].

"As the temperature raised, I think many of the teams underestimated it."

Williams has implemented the same counter-measures as Mercedes to prevent any problems with cooling in the future.

For a full technical analysis on why Mercedes is Formula 1's current pacesetter read this week's AUTOSPORT magazine.

FIA to back off on Formula 1 driver collision investigations