The F1 world champion said both drivers had significant input in addressing last year's weaknesses, and Mercedes says the car has retained the same wheelbase as the W08, and features only "slightly increased rake".

"What we see today is an evolution of both of our driving DNA fused into one," said Hamilton.

"I hope that [Bottas] is more comfortable in it. That can only bode well for the team. It's definitely not moved away from me.

"My job is to explain the weaknesses and put a feeling into technical terms so the team can go and design something to fix it.

"I'm really hopeful that this year we've ironed out a lot of the creases.

"We've taken some of the good from last year, but there were circuits that we went to where we weren't that strong, so hopefully we've found a compromise which will favour a majority of the grand prix circuits. 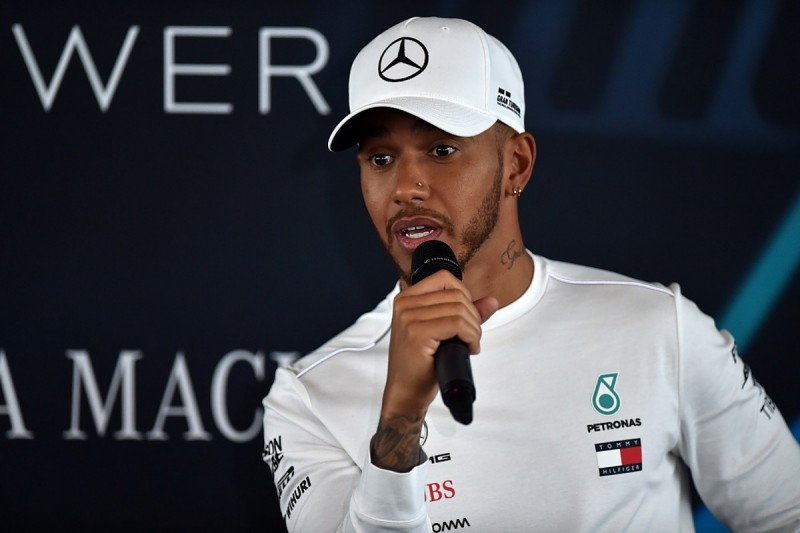 Hamilton said Mercedes' defeat to Red Bull in Malaysia last year, on a weekend when Ferrari had also been faster, was key to the 2018 design philosophy.

"We had a very in-depth debrief afterwards," he said.

"Those particular debriefs that we had were significant in making today's car. And in those debriefs only Valtteri and I talked, really."

Hamilton did not see the finished W09 until he arrived at Silverstone for Thursday's launch.

"It's a work of art, and it's really just incredible to see," he said.

"I just walked into garage now and they took the cover off and I was staring at it.

"How everything evolves, it's quite phenomenal to see the technology move at the pace that it does."

While Mercedes team principal Toto Wolff suggested that he would like to take the halo off the W09 "with a chainsaw", Hamilton was more positive.

"The team has done a great job to integrate it and make it as nice as it can look," he said.

"I think after a few races we'll forget that it's even there.

"You often look at the old car and think it's so dated. This is the new world right now, and I'm sure it's only the first step of evolution and development for this safety level."

But he acknowledged the weight implications, raising concerns about the ability of braking technology to keep up with heavier F1 cars and the handling effects.

"There are parts of the lighter cars and nimbler cars of the past that I like, easier to overtake, easier to manoeuvre in combat, whereas the heavier cars, it gets slower," Hamilton added.