With Rosberg's lead cut to 12 points, the German can afford to finish third at the final race of the season in Abu Dhabi in a fortnight and claim his first title, even if Hamilton wins the race.

Wolff, though, is concerned another technical problem could play a part, such as those that have plagued Hamilton this season, or like in Abu Dhabi in 2014 when Rosberg suffered an ERS failure.

"As Bernie [Ecclestone] would have ordered it we now have a showdown in Abu Dhabi," said Wolff.

"There's a 12-point gap so they are going to fight it out on track.

"We just have to give them two cars so they can do that.

"My biggest nightmare is a mechanical issue, but this is how it is."

Given the circumstances of the race in Brazil, with five safety car periods and two red flags that were as a result of the conditions, for Wolff the one-two finish was a surprise.

"You can't expect a one-two in these conditions, it is such a rare achievement," he added. 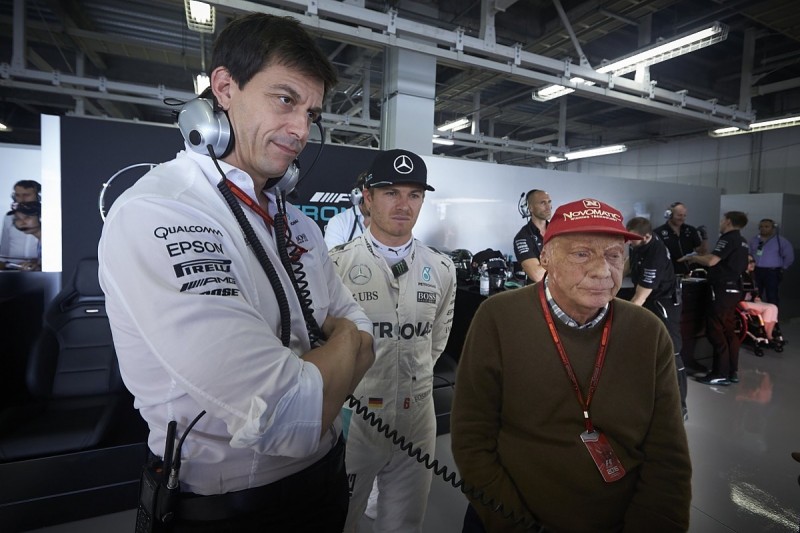 "You have such tricky conditions and to come away with a one-two, with a faultless drive from Lewis with the best pace in the field, I'm very happy with the result - maybe the best result of the season."

Hamilton added: "All I can do is what I'm doing right now - I'm hunting.

"The team have been giving me a great car, and finally the reliability has been really good. The results are showing that.

"I'm going to go and give it everything I've got in Abu Dhabi, which is generally a really good track for me.

"But right now I'm just going to live in the moment as this [to win in Brazil] has been my dream since the first time I watched Ayrton [Senna] race, when I was five or six years old."

F1 needs to just get on with it in the wet