Mercedes planned for Valtteri Bottas to help Formula 1 team-mate Lewis Hamilton by giving him a tow off the line in Mexico, only for Max Verstappen to overtake both cars.

After trailing Red Bull in practice, Mercedes turned the tables by taking a front row lockout in qualifying as Bottas pipped Hamilton to pole.

But Verstappen managed to sweep into the lead from third on the grid after a late-braking move around the outside at Turn 1, gaining an advantage that he converted into a dominant race win to extend his points lead over Hamilton in the title battle.

Hamilton noted after the race that Bottas had “left the door open” for Verstappen to pass around the outside, while the Dutchman admitted his overtake had been “really on the edge”.

Speaking in Mercedes’ post-race debrief, motorsport strategy director James Vowles explained how the fastest Turn 1 approach of the year in Mexico made it important to plan out a strategy.

Mercedes had intended for Bottas to make use of his grid position advantage to help give Hamilton a tow to protect him from Verstappen behind.

“The strategy and approach to Turn 1 was quite straightforward here,” Vowles explained. “For Valtteri, if he had a good start, he was going to let Lewis tow along behind him and make sure that he covered off that threat from Verstappen.

“The starts, as they turned out, was that Valtteri had a slightly worse start than both Verstappen and Lewis - not a lot, around about four metres or so, but it was sufficient that Lewis wasn’t able to tuck up behind.

“More so, Verstappen's start being good meant he was alongside Valtteri very, very quickly. The result of that is they ended up three-wide incredibly quickly and early on during the run down into Turn 1.” 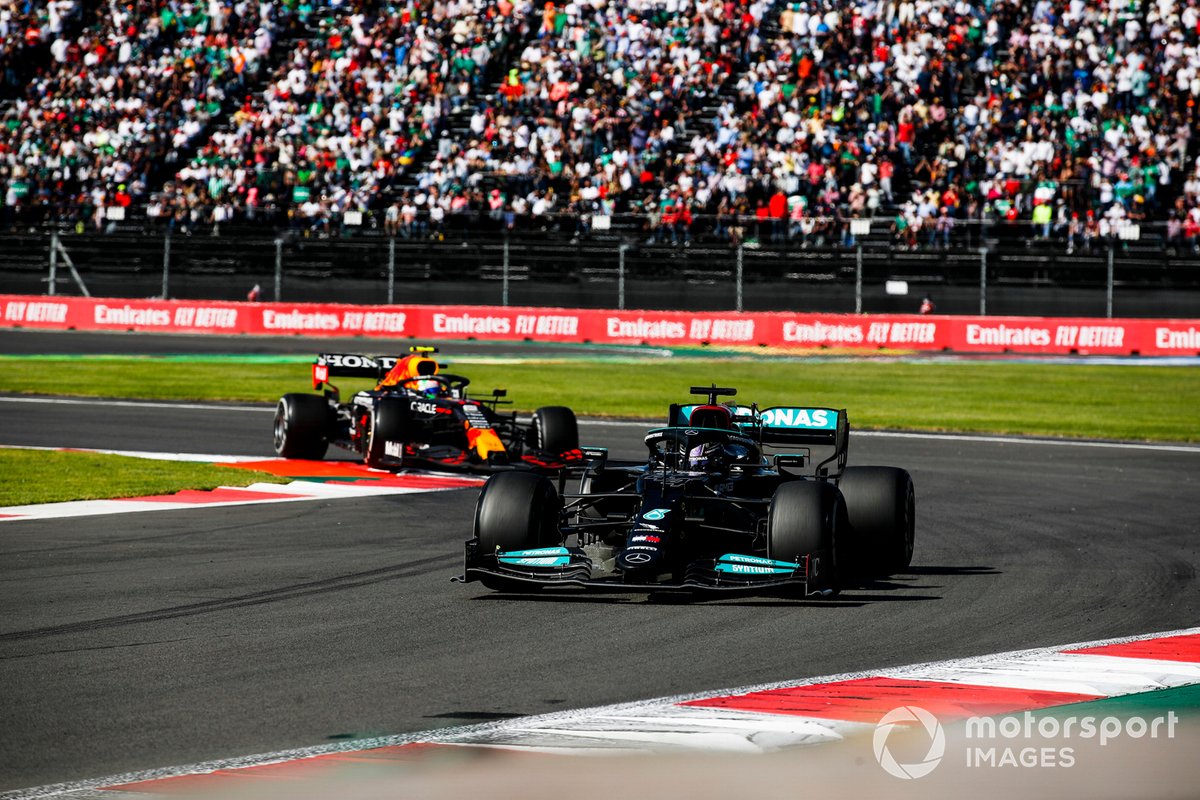 With the cars three-wide, Verstappen was able to take the optimal racing line into Turn 1, leaving both Bottas and Hamilton struggling with less grip. But Vowles did not feel that Verstappen’s line was enough to have led to such a big difference under braking.

“Ultimately the drivers braked where they thought they could. If you saw Verstappen's comments afterwards, it is quite clear that he was going in there guessing and hoping for the best, and it worked out for him.

“We ended up losing out there as a result of it, and more so as we went into it, as you saw other cars perhaps locking up - [Daniel] Ricciardo being one of them, [then] contact happened and Valtteri got taken out and pushed to the back of the grid.”

Vowles said that Red Bull had “a much better car” than Mercedes in the race, but felt there could have been more strategic options had the team held on to its advantage with both cars.

“Had we got away and been in first and second, I think there was a good chance that we would have been able to defend against the Red Bulls all race,” Vowles said.

“Conversely, if we were first but we had both Red Bulls tucked behind us in second and third, I think it would have been awfully difficult to hold on to the race lead. They could have stopped one car early, one car late and ultimately, we would have been a compromise with those two cars.

“Where we finished up, P2 with Lewis, was really correct based on performance sadly after the start had happened, and I am happy we held on to it.

“It was a defensive strategy we employed all race. Of course, in Valtteri's case really, he walked away with far less than he deserved. Had he not been hit in Turn 1, we really should have walked away with fourth at worst and third more realistically.”