The Mercedes mechanics went into the pitlane when leader Kimi Raikkonen made his crucial stop on lap 20 of the 53-lap race, but Lewis Hamilton did not follow him in.

Sky F1 commentator Paul di Resta suggested they had come out in part to slow Raikkonen's route to his pit box - which was immediately after that of Mercedes - but Wolff said there was a genuine chance that Hamilton would have pitted.

"It wasn't a phantom," he said, when asked by Autosport if it was a deliberate tactic. "We were prepared to do the opposite.

"If Kimi wouldn't have pitted we would have done it. And insofar as we were prepared, it wasn't a phantom."

Hamilton acknowledged that a stop was a possibility at that time.

"Obviously I'd seen several different simulations of what could happen in the race," he said.

"Communication was really on point between myself and the team, back and forth.

"I was wondering if they were going to pull me in one lap before him, so I could undercut him, but that didn't happen."

F1's sporting regulations specify that crews cannot go into the pitlane unless their car is stopping, but race director Charlie Whiting said the FIA had a relaxed view on that rule.

"My feeling is and remains that it's all part of the game," he said.

"We don't like teams hanging around in the pitlane if they're not actually doing a pitstop, if they come out as if they are going to do one. 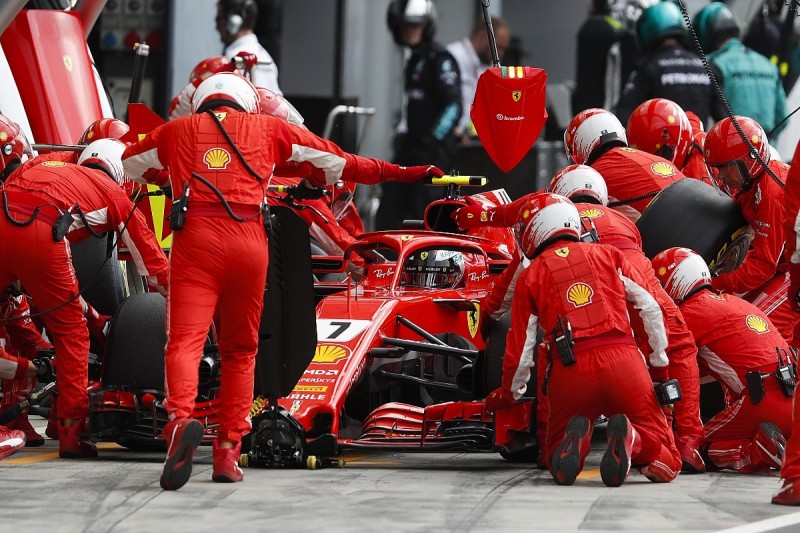 "If they did it every lap I think we'd have something to say.

"They [Mercedes] may well have been thinking about stopping and change their mind.

"Unless someone does something overtly incorrect, I think we won't do anything about that."

But Whiting acknowledged the matter would be taken more seriously if the FIA suspected a team was trying to hamper a rival.

"If they do then we will have a look at it, if it's clear that's what they're doing, to make it more difficult for another car to get in, and they had no intention of pitting," he said.