Spa was the last race where engines could run at a higher oil burn level before a tightening that would apply to any new engines introduced from this weekend's Monza event.

Mercedes introduced its fourth engines in Belgium, and the FIA clarified that it would therefore be allowed to keep burning 1.2 litres of oil per 100km with for the rest of the season, while Ferrari would have to run at a lower 0.9l per 100km for its final engine.

Mercedes motorsport boss Toto Wolff was adamant the decision was taken because the team wanted a performance boost from developments introduced in Belgium, not because of oil burn.

"It was completely blown out of all proportion," said Wolff about the oil burn saga.

"The reason we introduced it early was in order to bring some performance to the track, with the risk of having to do many [more] races until the end of the season than our direct competitors.

"Also you lack time for further development. The longer you wait for the last introduction of engine the more you can probably add the upgrade.

"These are the reasons we brought it and not in order to extract a performance advantage out of the capability of burning more oil.

"So if you ask the FIA, you will be quite interested to see what the results are."

Sources have suggested that Mercedes' Spa engines ran below the 0.9l per 100km level during the Belgian GP, so would have complied with the new restriction anyway. 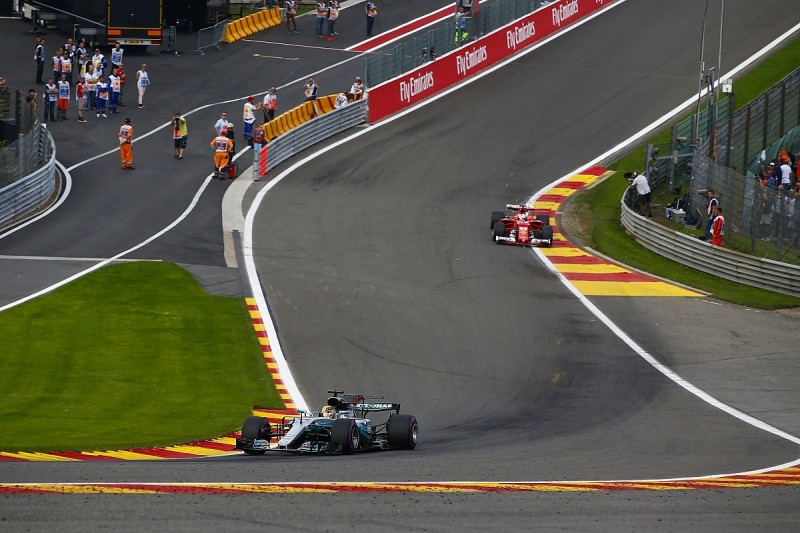 Although Ferrari was caught by surprise by Mercedes' decision to introduce a new engine in Belgium - having been under the impression that its rival would not do so - it insists has no major problem with the matter.

Team principal Maurizio Arrivabene said: "First of all we have no conflict, and I don't want to comment on this type of thing.

"Mercedes has introduced early one engine, which also has disadvantages during the course of the season as it has no developments left."

Autosport understands that Ferrari's final engine could appear at the Malaysian GP, but only when it has passed reliability tests at Maranello.

There are suggestions that the updates will provide a good step in performance, but there remain some concerns about its longevity.

Arrivabene dismissed suggestions that Ferrari was delaying its introduction in light of the oil burn ruling so it can continue running at the old 1.2-litre per 100km limit for longer.

"It is nothing to do with that," he said.

"We had a plan at the beginning of the year and we would like to introduce power unit number four at the right time with the right power.

"This is the answer. It is nothing to do with the oil."

Sebastian Vettel lacked confidence in his Ferrari in Monza practice