Talks between Hamilton and Mercedes to thrash out a fresh deal were put on hold until after last season, so that the discussions would not get in the way of the title battle between the Briton and his team-mate Nico Rosberg.

AUTOSPORT revealed last October that Alonso was on Mercedes' radar and although renewal talks began with Hamilton last November, with both parties seeing no reason why a fresh contract cannot be sorted out, Mercedes motorsport boss Toto Wolff has suggested that Alonso is a fall back option in the event that talks break down.

"There's no hurry, we'll discuss it during the year," he told Gazzetta dello Sport, with Hamilton's current deal running out at the end of 2015.

When asked what would happen if a contract could not be sorted, he said: "I'm optimistic, the priority is to carry on with these drivers. Should it be impossible, then Alonso represents the top alternative, followed by [Valtteri] Bottas."

Wolff believes that Alonso remains one of the best drivers on the grid, despite the recent disappointing streak at Ferrari that prompted his decision to leave Maranello.

"He is a dangerous rival with any car," he explained "If he is at the wheel of a car that can finish sixth, he will take it to third place."

Alonso has rejoined McLaren for 2015, with the team suggesting that the Spaniard has a multi-year deal.

However, there are likely to be performance clauses in the contract that could allow him to leave in the event that the Woking-based team does not deliver. 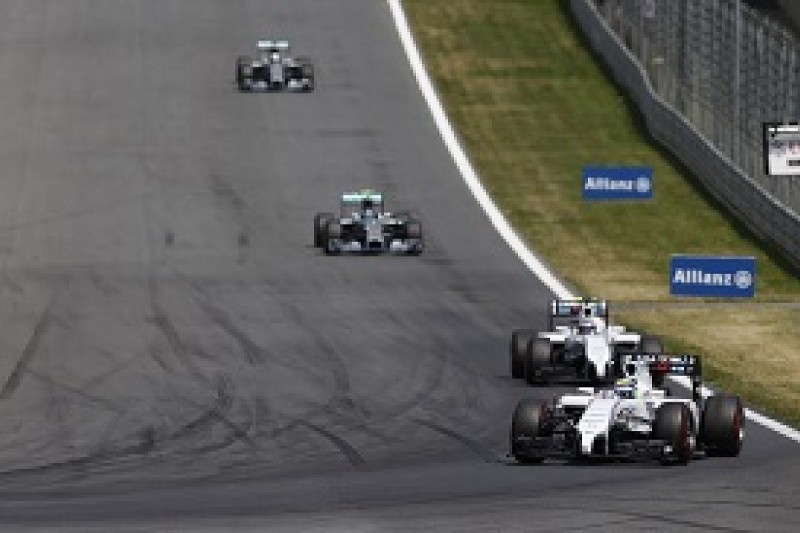 Wolff also believes that Williams will be Mercedes' main rival in 2015 - although would not be surprised if Red Bull returned to form after a disappointing campaign last year.

"I put Williams at the top of the list," he said when asked where he thought the biggest threat would come from this year, "but I also fear a lot Red Bull: they have won four consecutive titles and will field every resource in order to fight again for the title."

He also did not dismiss the possibility of Ferrari, and new signing Sebastian Vettel, delivering more than some expect.

"Never underestimate them," he said. "It's an icon and it's important for it to be able to win again as soon as possible. I'm convinced it will soon be competitive again, maybe in 2015 already."