Mercedes has admitted it got its strategy wrong in the fight with Red Bull at Formula 1’s Dutch Grand Prix, as Max Verstappen took a dominant home win.

Verstappen held track advantage from the start and, although Lewis Hamilton was able to keep in contact with his title rival, there was no chance of being able to pass on track.

The only possibility Hamilton had was in trying to undercut Verstappen by pitting first, and by Mercedes making use of Valtteri Botttas on an alternative strategy.

Bottas tried to make a one-stop work but could not keep his tyres alive long enough, so fell away from contention to trouble Verstappen.

And Hamilton never got close to an opportunity to get past Verstappen, with a final roll of the dice at a second stop being wasted by him returning to the track in the middle of lapped traffic.

Hamilton’s plight was then made even worse by Verstappen being moved on to the more durable hard tyre, which meant there was no chance of him being forced to make a third stop.

Speaking to Sky, Wolff conceded that Red Bull simply had the fastest car at Zandvoort – and the team did not get the timing of that second stop right.

“We had, I think, a sniff of an undercut there,” said Wolff. 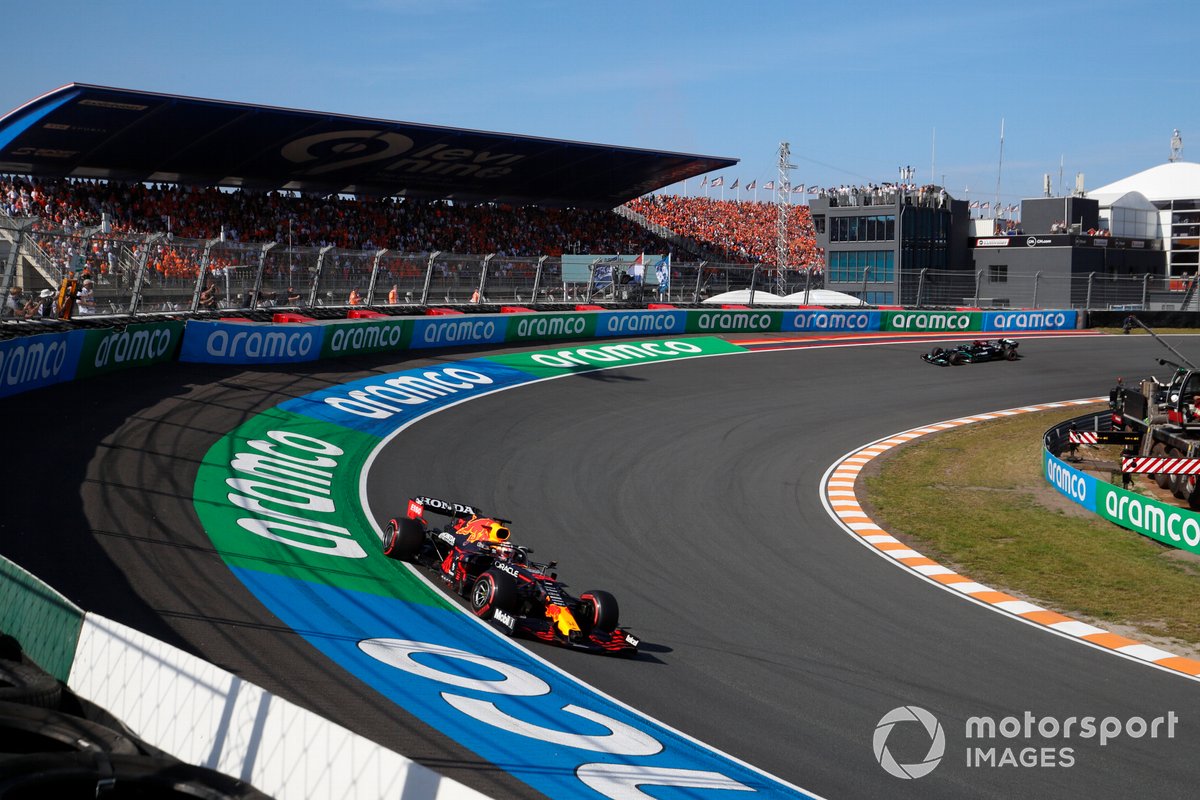 “[But] we didn't time it right. I mean, at the end, you're always more clever.

“We didn't expect them [Red Bull] to go on the hard tyre because it was an unknown. We didn't drive the hard tyre on the Friday, and we thought we might be pushing them early with the soft. But it is what it is.”

Wolff said that Mercedes steered clear of trying to go for a one-stop with Hamilton early on because it was nervous about the life of the hard.

“I think the hard tyre was a bit of a gamble,” he explained. “You could have seen that on the Ferraris that it was going well, but it was unknown territory because none of us had really run it. We didn't run it at least.”

There was late race drama for Mercedes as it battled to ensure Hamilton secured an extra point for fastest lap, with Valtteri Bottas having taken it late on when he was switched on to the softs.

Although Bottas’ effort came despite a message from the pitwall urging him to abort the lap, Wolff said there was not a problem with what the Finn did.

“He was backing off,” added Wolff. “I think we just wanted to make sure that it was not happening. That's why we re-emphasised politely on the lap and then he backed off.”