Bottas was called in for a precautionary pitstop on “safety” grounds at Zandvoort on lap 67 of 72, switching from medium to soft tyres, and promptly set the fastest first two sectors of the race.

But the Finn was instructed to slow down in the final sector, which allow Hamilton’s stop for softs on lap 70 to be rewarded with a point for fastest lap - setting a 1m11.097s to Bottas’ 1m12.549s.

While the Mercedes motorsport boss said he understood why Bottas chased the fastest lap before lifting, he called the turn of pace “cheeky”.

"That was a bit cheeky, but understandable," said Wolff.

"Valtteri is always on the receiving end because this championship is so tight.

"He lifted off massively in the last sector, and it was clear that Lewis would do the quickest lap and Valtteri knew about it.

"At the end, Lewis in his fight for the drivers’ championship got the point, and it’s all good."

Wolff added that Hamilton deserved the bonus point for holding the fastest lap for an extended time during the grand prix, won by Max Verstappen, and that the team would discuss the issue.

“It could have ended up in a loss of a point for Lewis, and it would have also been not right, because he had fastest lap until then.

“But you have to understand also at that point, there’s a certain degree of frustration of Valtteri, and at the end, everything is good.

“We’re going to talk about it, but in a most amicable and professional way.”

Hamilton, however, claimed he was unaware of the intra-team battle before adding it did not matter whether it was him or Bottas who walked away with the fastest lap point. 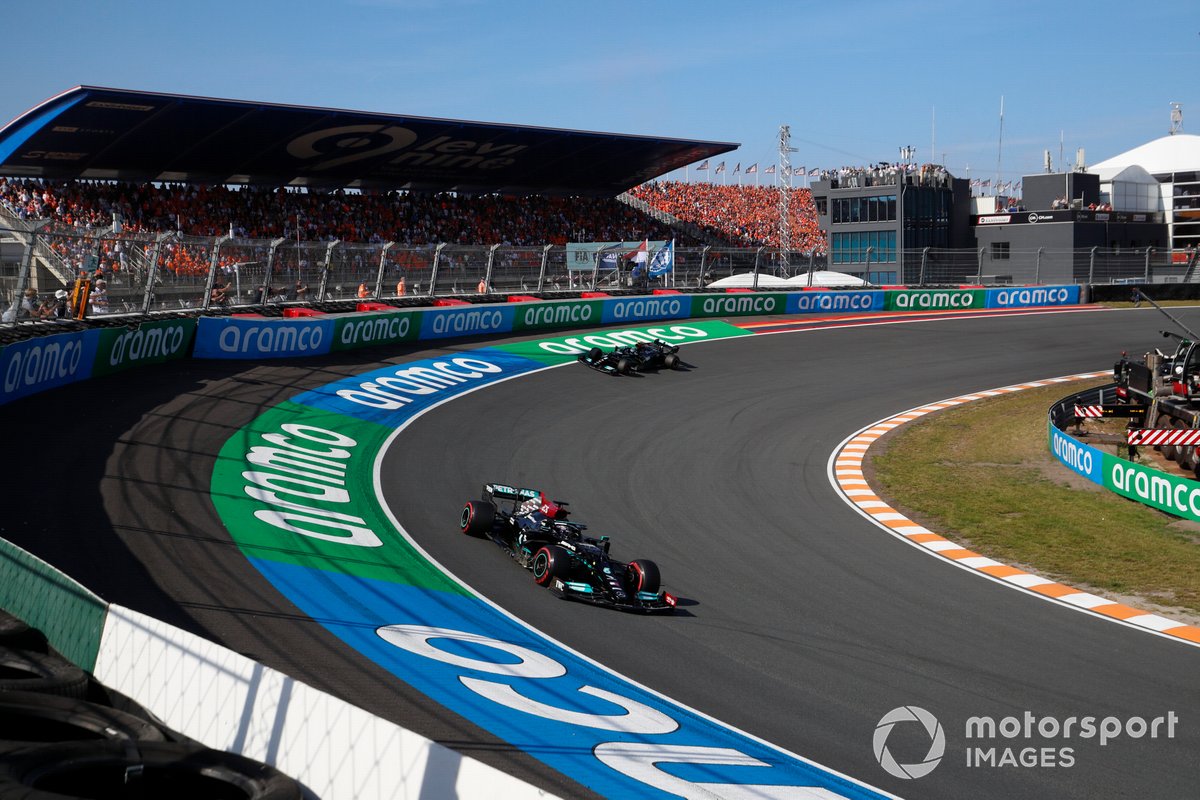 The race runner-up explained: "I had no idea, but it doesn’t really matter.

“If Valtteri had got it, it would have been fine.

“At the end of the day, we needed to get the fastest lap, as many points as we can as a team.

"So if Valtteri gets it or I get it, it doesn’t really make a huge difference.

"I didn’t even know that Valtteri stopped. I was completely unaware of that.

“It was my choice to stop. I needed that extra point. So I did. It was fine.”

Bottas, meanwhile, maintained he was aware of Hamilton’s impending pitstop and said he had been “playing around” with his “flat out” first half a lap.

He also conceded that Hamilton had needed the point more in his title fight with Verstappen.

He said: “To be honest, there was quite a big gap behind so for safety reasons, it was a good thing to stop.

“I think I could have made it to the end much faster than by stopping but in the end, it was the same.

“I thought initially we would stop for the fastest lap but then also Lewis had a gap so Lewis stopped.

“I was pushing on the first lap in sector one and two like flat out. And then they started asking me to slow down at the end of the lap.

“I was playing around really.

“Obviously Lewis needs that one extra point more than me.

“He’s fighting for the world championship for drivers.

“As a team, we’re trying to get maximum points. That’s how it is.

“I knew Lewis was going to stop as well. That information I had.

“I knew that with a decent amount of lifting in the last sector, he would get it. No drama.”