Mercedes still cannot account for half a second of the time Lewis Hamilton lost in the pits when Max Verstappen got the jump in Sunday’s Formula 1 French Grand Prix.

Hamilton was able to take the lead at Paul Ricard on the opening lap after Verstappen made a mistake at Turn 2, and worked to create a small gap through the first stint.

But when Hamilton pitted at the end of lap 19, he emerged from the pits behind Verstappen, who had come in one lap earlier and made the fresher tyres work to his advantage.

It paved the way for Verstappen to win the race for Red Bull after switching to a two-stop strategy, passing Hamilton again on the penultimate lap to extend his championship lead.

Mercedes trackside engineering director Andrew Shovlin explained after the race that the team’s modelling system thought Hamilton was safe from the undercut thanks to the gap he had opened up to Verstappen.

“We thought when we had just over three seconds to Max, we were safe from the undercut, and that wasn't the case,” Shovlin said.

“Even now, we don't fully understand why our models were telling us that we would have been OK. So clearly there's something we need to go off and understand there.”

PLUS: How Red Bull took French GP "payback" on a day of Mercedes mistakes

Shovlin said Mercedes had been caught out by the performance of the hard tyre on the outlap for Verstappen, but there was still had half a second missing from its analysis of the time lost that it could not account for.

“The hard tyre was good, and it was it was good out of the box,” Shovlin said.

“But that's the bit we still need to go through because we haven't yet understood quite why we lost the position. 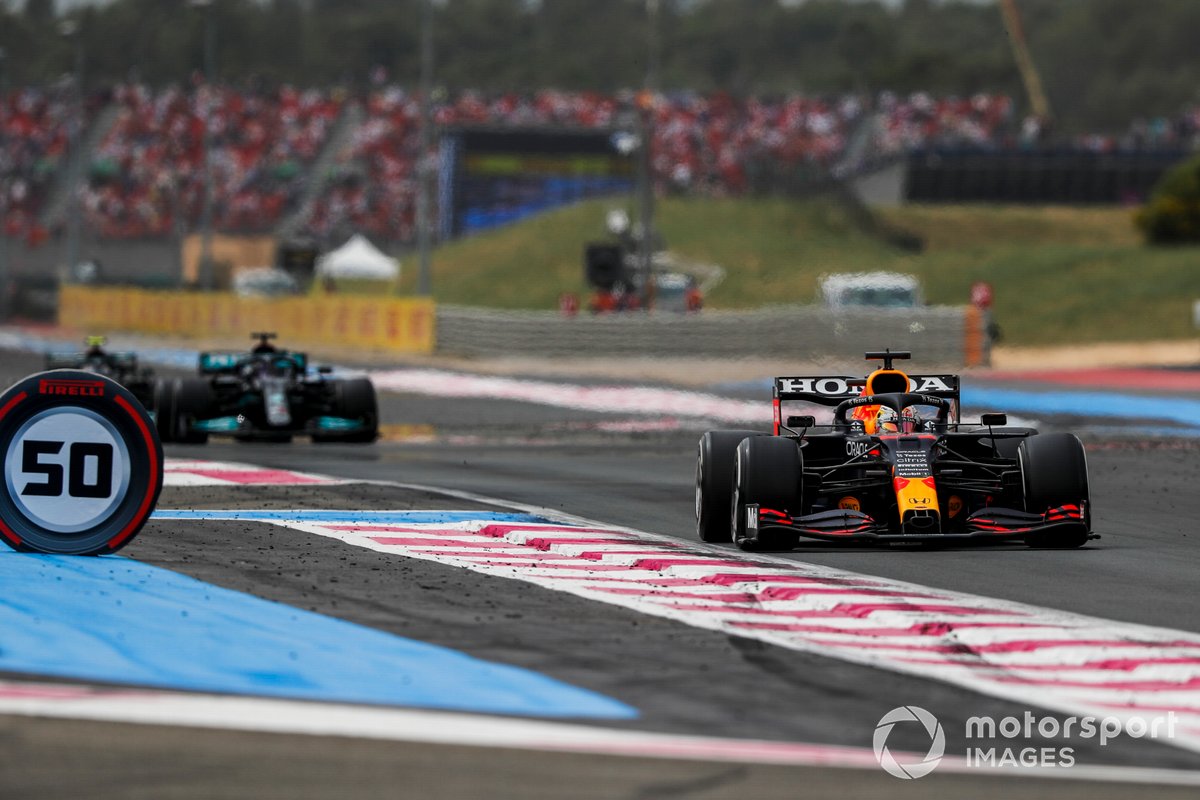 “We can account for about two and a half seconds of the three seconds. But it's something that we need to dig into the fine detail to understand how we were undercut from so far back because we weren't expecting that.”

Mercedes had triggered the early pit stops at the front of the pack by bringing Valtteri Bottas in at the end of lap 17, fearing he was at risk of a failure after picking up a vibration on his set of mediums.

There was a window for Mercedes to bring Hamilton in one lap later, but Shovlin explained that the team thought it was still early if it wanted to make the hards last to the end.

“It was uncomfortably early to go to the end, which, I think as the race played out, you saw that that was the case,” Shovlin said.

“And also the concern on Valtteri’s car was that he was getting an increasing vibration that was getting worse and worse every lap, that was starting to get to levels where we will box the car for reliability concerns.

“So really, the focus was on making sure that we didn't have an issue on track with him, so that was why we did it.

“In reality, Valtteri's stop triggered, the pit stops at the front of the grid. And that was what drove us to having to do a very long, long stint with Lewis.”