Mercedes admits Hungarian GP strategy too much for 'valiant' Bottas

Bottas ran second to team-mate and race winner Lewis Hamilton for most of the grand prix but fell to fifth late on as his tyres faded and he made contact with Sebastian Vettel and Daniel Ricciardo.

His stint on the soft tyres was 10 laps longer than Hamilton's after an early stop to cover the Ferrari of Kimi Raikkonen.

Allison, speaking in Mercedes' post-race Pure Pitwall video debrief, said Bottas "had driven an utterly brilliant and valiant race, but we asked him just a little bit too much from rubber that couldn't really go that long final stint".

Bottas needed to pit in response to Raikkonen to ensure he retained track position against a car on the same strategy - Hamilton, Bottas and Raikkonen started on ultrasofts, while Vettel was running a long first stint on softs before switching to ultrasofts.

That meant Mercedes reacted to Ferrari stopping Raikkonen on lap 14 so Bottas did not get jumped by his fellow Finn on fresh tyres.

Ferrari then committed Raikkonen to a two-stop strategy, which gave Mercedes a window to pit Bottas again - but this would have dropped him behind Vettel and also freed up the German to try to chase and pass Hamilton on better tyres. 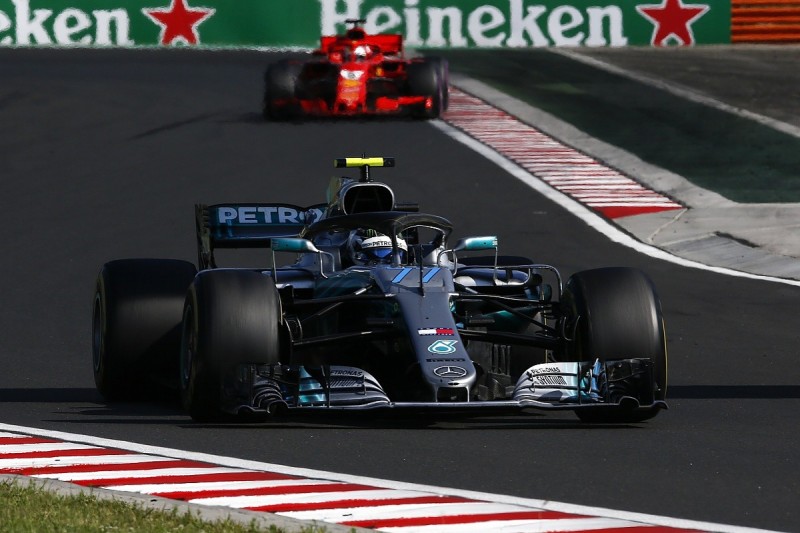 Allison said Mercedes had considered a second stop for Bottas under the brief virtual safety car (VSC) period but decided to push for second instead of taking a safe third.

He explained that it considered the "worst case scenario" was Bottas fading and dropping behind Vettel and Raikkonen, and that the prospect of a short VSC period could also have played against it.

"It would've been bad for us to find ourselves in no-man's land where we started a VSC stop and it ended up being halfway between," said Allison.

"So, in the end we decided to cling on for our risky second place strategy thinking worst case we would finish fourth.

"As it happened, second place didn't work out and it ended up a little worse for Valtteri and for us as a result of those collisions."

What to expect from Codemasters' F1 2018 game ahead of release