With aerodynamic performance so critical in F1, McLaren traditionally chased peak downforce figures in its quest for success.

But while maximum downforce has its benefits, it can result in teams producing a car that shows good figures in the windtunnel then cannot replicate them on track.

That can lead to a car that performs inconsistently, or where the downforce only exists within a very narrow operating window.

This is something McLaren has experience of, which is why its car has often run with very stiff settings in a bid to try to find performance that it feels is theoretically there.

The arrival of chief engineer Peter Prodromou from Red Bull last year has served as a force for change on this front, and his views on taking a new approach have been embraced by McLaren.

The priority is no longer pursuing theoretical peak downforce figures - it is about achieving maximum useable downforce.

McLaren racing director Eric Boullier said after the unveiling of the new McLaren MP4-30 that chasing peak figures that cannot be replicated on track is now a thing of the past.

"This concept of driver friendly, it is maybe new - and part of this new philosophy," explained the Frenchman.

"We are trying to make sure we can give our drivers the ability to exploit the car to the limits, which means getting this performance package.

"If you have a performing car and a driver cannot drive it, then it is obviously a waste. 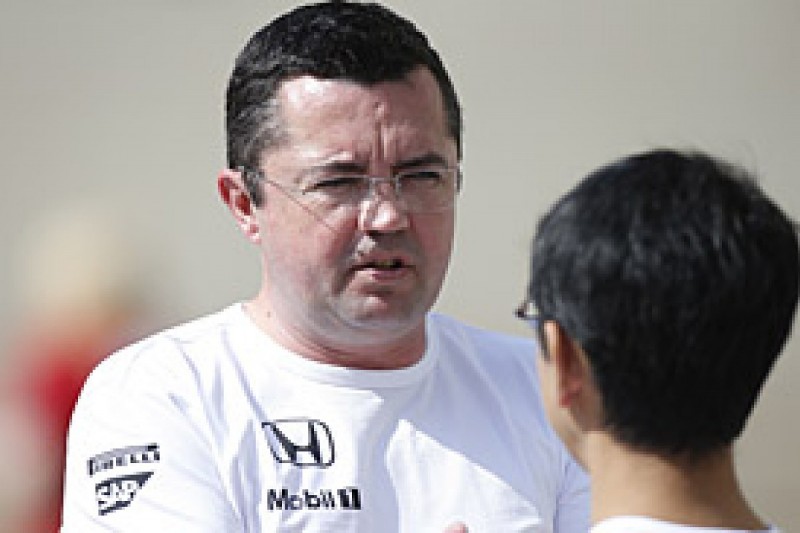 "We want to make sure our drivers can drive the car to the limit, which means we will exploit to the limit. And this is where the new philosophy is turning to."

As well as the philosophy overall, there have been further engineering revamps in terms of car packaging.

It's something that even Jenson Button has noticed as he embarks on his sixth season with the team.

"This year's car is very different to the last two years," he said.

"The mechanics say everything just fits, rather than different departments building different bits of the car and then putting it together."

Boullier added: "Some people on the shop floor are happy to say that this is one of the most exciting and best built cars from McLaren.

"But we have to stay obviously grounded. We need to see what is going to happen, what is our performance, and how successful we will be."

McLaren expects to bring upgrades to its MP4-30, which did not appear on the launch specification model, to the first test at Jerez this weekend.

There will also be another development step for the first race in Australia.

Button has no concerns over McLaren F1 team-mate Alonso's style