McLaren Formula 1 boss Andreas Seidl says that the Jeddah Corniche Circuit does not play to the strengths of its MCL35M, which was expected to shine in Saudi Arabia.

The circuit's fast nature had given McLaren hope of striking back at Ferrari in their battle over third in the constructors' championship after a run of races in which the Scuderia has pulled out an advantage.

But Seidl says that the Jeddah track's quick corners are effectively straights for F1 cars, and thus medium corner performance is more important to a lap time.

Lando Norris qualified seventh for the inaugural Saudi Arabian race, losing out to regular rivals Charles Leclerc of Ferrari and Pierre Gasly of AlphaTauri, while Daniel Ricciardo missed out on Q3 and will start 11th after suffering floor damage in a kerb strike.

“In terms of the track itself, I think a lot of the corners that were supposed to be high speed are actually not corners, because they're full throttle corners,” said Seidl.

“That's why I think it's not a typical, say high-speed cornering track, there's a lot of medium speed corners.

“Therefore, I think, we're pretty much where we are on these kind of tracks, which is in the middle of this battle between several teams, Ferrari, AlphaTauri and us, we have seen several times this year.”

"I'm obviously not fully satisfied with the outcome of qualifying today,” he said.

“Because I think with the work the team has put in, together with both drivers, we made some good steps, also during the weekend in terms of performance. And I think we had quite a competitive car today in quali. 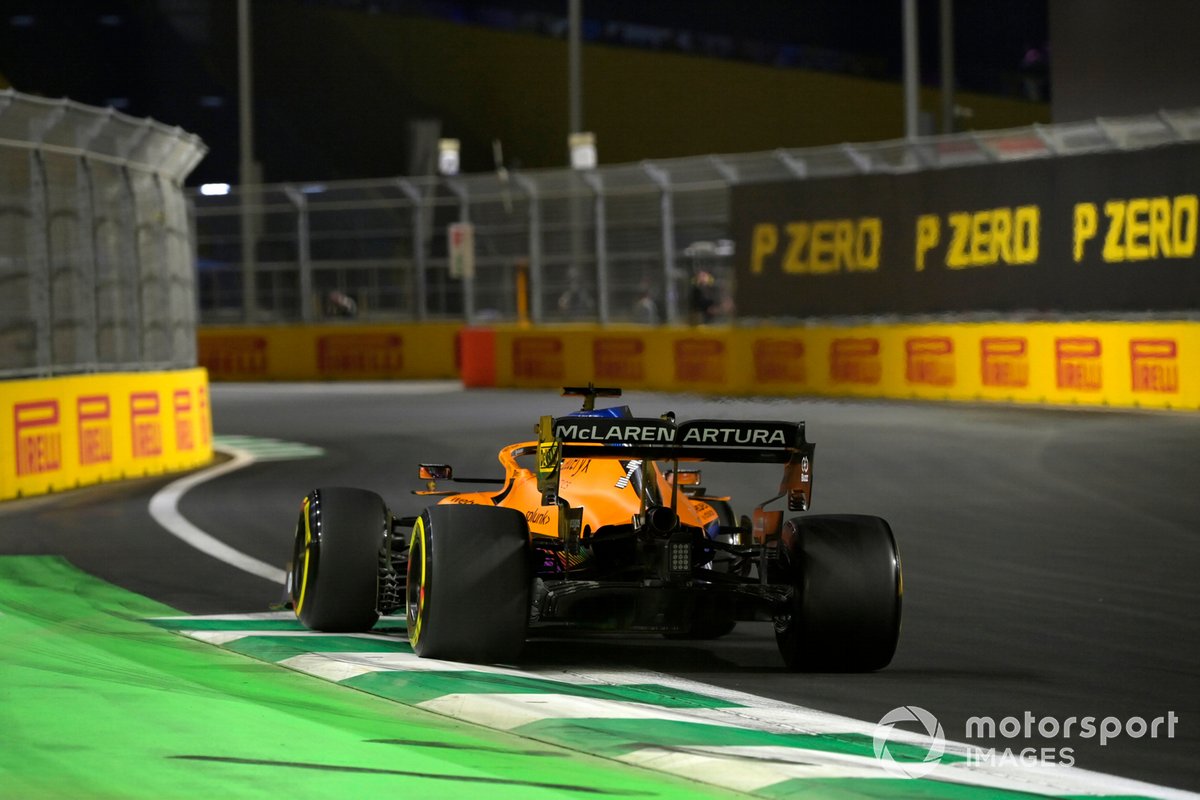 “But unfortunately, with damage to Daniel's floor, arising from a kerb hit, he couldn't show what he could do today, because I think he had good pace. And couldn't progress into Q3, which was a shame.

“It cost a lot, because in the end the floor was on the ground. Which means on his last sector, where he had I think, two green sectors, sector one, sector two, the plank was on the ground, and therefore he lost a lot on the straights.

“I don't know how many tenths, but that took away any chance to progress into Q3, which would have been easy without this damage.”

Norris meanwhile was compromised by a yellow flag that forced the team to change its run plan.

“On Lando's side I think as well we couldn't show the full potential of the pace we had today, because of two reasons,” explained Seidl.

“After he got the yellow flag on his second lap, the medium run, first run in Q2, we decided to switch to the soft tyres in order to make sure we progressed to Q3.

“It wasn't also clear at that time what everyone will do, which then compromised Q3 because he didn't have two shots on new tyres. So therefore, even with a P7 a bit disappointed.”