Jenson Button or Stoffel Vandoorne? That's the big question facing McLaren-Honda ahead of the 2017 Formula 1 season

Three into two won't go, so McLaren is going to have to choose.

Fernando Alonso is already a done deal, having joined on a three-year contract, but the identity of his 2017 F1 team-mate is yet to be determined.

Without the driver market throwing in an unexpected curveball, it seems McLaren faces a straight choice between Button - out of contract at the end of 2016 and current reserve Vandoorne for the other seat.

WILL VANDOORNE FORCE THE ISSUE?

Reigning GP2 champion Vandoorne has been sent to Japan to race in Super Formula this season, alongside his reserve duties, but is pushing hard to be considered for a 2017 McLaren race team promotion.

Vandoorne scored a point on his F1 debut in Bahrain when subbing for the injured Alonso, and is hot property in F1 circles following his GP2 domination.

McLaren chairman Ron Dennis recently issued a 'hands-off' warning to rival teams interested in the Belgian driver, who said he welcomed Dennis's intervention, but also reiterated he has options outside the McLaren fold for next season should he not be promoted.

"It's always positive to hear those comments," he said in Canada.

"My goal remains the same - I need to be in Formula 1 next year and I'm working as hard as possible to be there, but so far there's no guarantees.

"I'm very happy with McLaren-Honda, and I hope I could end up here next year, but there's a lot of interest from other teams, and whatever happens I would like to be on the grid next year - that's what I'm pushing for."

It sounds as though Vandoorne is not going to wait forever for McLaren to give him the nod, and given how highly he is rated, McLaren will surely want to avoid losing his services.

One option would be to loan him to one of those interested rival outfits, in a similar fashion to the way Mercedes placed Pascal Wehrlein at Manor this year.

That would allow Vandoorne to build his F1 experience in a less pressured environment, but Autosport understands that is not considered a realistic proposition for McLaren at present.

SHOULD McLAREN STICK WITH EXPERIENCE?

If McLaren decides it has to promote Vandoorne to the race team next year to avoid losing him that would leave Button without a drive.

The 2009 world champion would surely prefer to extend his stay at McLaren into an eighth season, having endured the growing pains of the current Honda V6 project.

Honda is working on a big development for next season, the FIA is pushing for convergence among the engine manufacturers, and McLaren is expecting new regulations that place more emphasis on aerodynamic performance to play to its strengths.

Failing to agree fresh terms would mean Button leaving just as McLaren-Honda could be set to enjoy is most competitive season since the famous alliance reformed for 2015.

For McLaren-Honda the advantages of sticking with Button are clear.

He is a proven world champion, has vast experience working with McLaren and Honda engineers, and plays well with the British team's sponsors.

As long as he is capable of pushing Alonso on the track there is also no reason to ditch him in performance terms, though so far this season Alonso is 5-1 up in the intra-team qualifying battle and has outscored Button by 13 points in the world championship.

Button again emphasised the importance of experienced drivers to teams when questioned during the Canadian GP weekend about the rising tide of youngsters in F1.

"It doesn't matter what age you are, if you've still got the hunger, are still competitive and haven't lost speed, nothing beats experience," he said.

"Whether it is on the circuit, working with the team, setting up the car, or developing the car, nothing beats it.

"It is relatively easy for any of us to jump in a quick car and be competitive, but to develop a car is a lot more difficult.

"So if I was a team owner, I would always choose experience."

It remains to be seen whether McLaren-Honda will ultimately share that way of thinking.

Autosport understands the team will not discuss plans for its 2017 driver line-up until F1's August break, to avoid unnecessary distractions during a busy run of grands prix, with six in eight weeks through June and July. 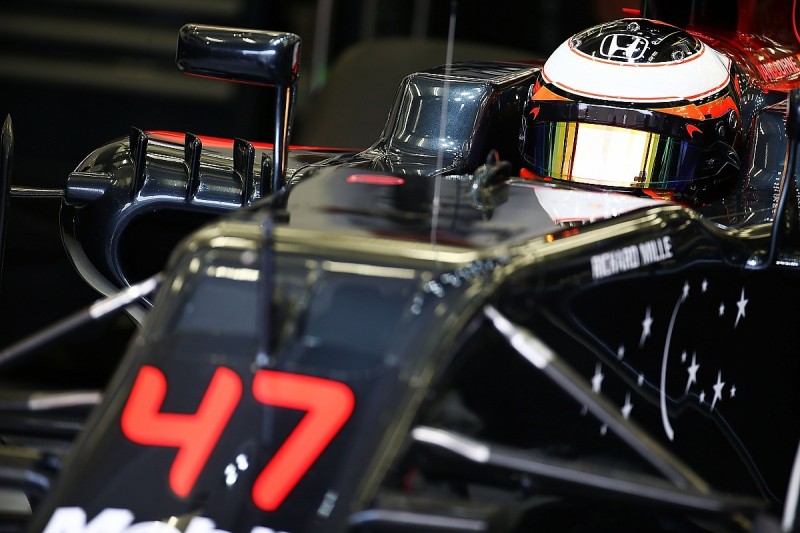