McLaren CEO Zak Brown has revealed how the Formula 1 team was paralysed by a lack of trust between staff when he first arrived.

Reflecting on the progress that the Woking-based squad has made since he joined at the end of 2016, Brown said the team was in a difficult spot in his early days.

Amid the on-track difficulties posed by the troubled partnership with Honda, and a board room battle between Ron Dennis and Mansour Ojjeh, Brown said that it was a far from happy ship.

“In terms of morale; there was a total lack of trust within the organisation,” explained Brown about what he found when he first arrived.

“Everyone was kind of guilty until proven innocent from internal ways of working. So there wasn't any teamwork.

“I think it started at the top in the sense of there was so much going on at the board level, that there wasn't any adult supervision on the F1 team, because everyone was trying to buy each other out. So I think it didn't have the leadership.”

Brown came on board in the aftermath of Ojjeh pushing for Dennis to step down as chairman, with the matter eventually going to court.

In the end, Dennis’s contract expired in January 2017 and he subsequently agreed to sell his shares that he held at the company. 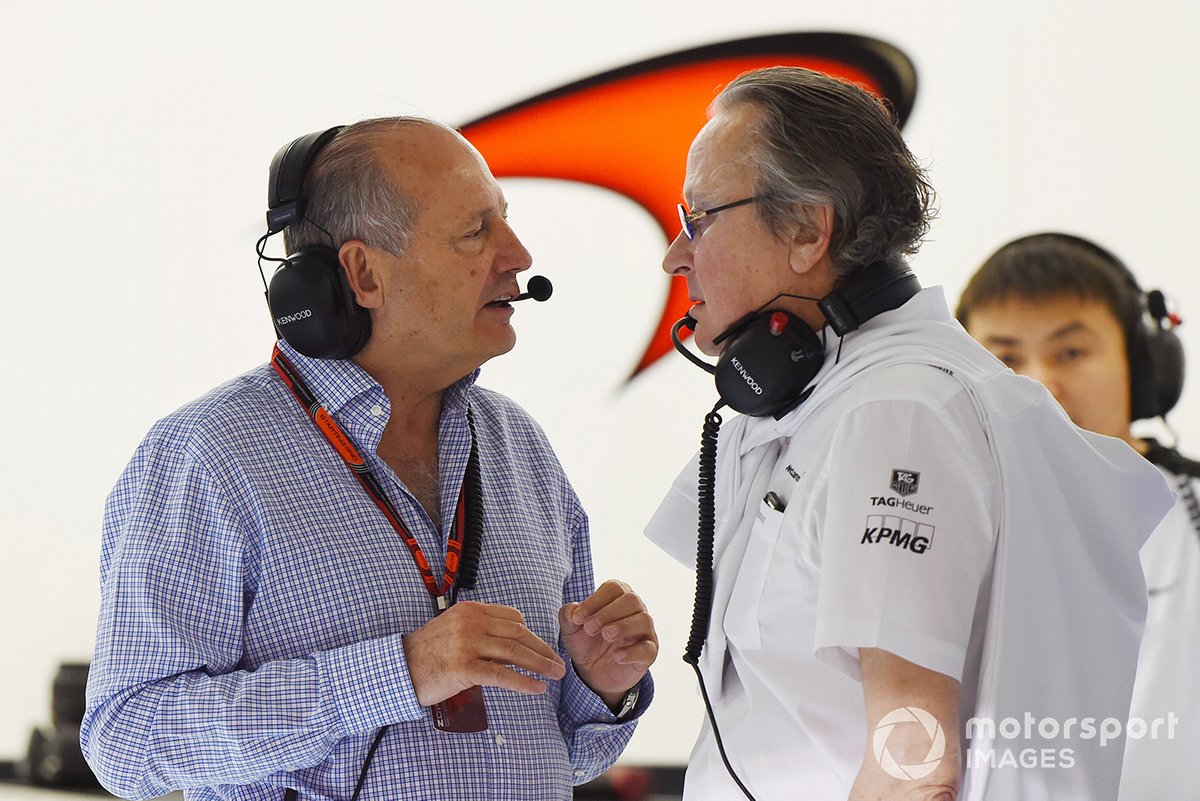 Brown felt that the troubles at the racing team were triggered by these management battles distracting the senior bosses.

“I don't think that was any one person's fault,” he said. “It was just more a situation where you have a board that's not getting along, and that's going to roll down the hill quickly. But there was a lot of lack of trust and confidence.

“I knew there were a lot of world championships and race wins within the racing team. And it was just about getting everyone collaborating and working together and believing. That took a little bit of time, and now we're at a really good place in essence.”

Brown says the boardroom battles that dominated his early days are a thing of the past, with the structure at McLaren across its F1 and road car division working well.

“Michael Leiters, who's the CEO of automotive, and I get along. He came from Ferrari. We sit on each other’s board meetings. So the collaboration between automotive and racing is excellent.

“They are the type of board you'd want to have as a CEO, because they understand how quickly the sport moves, how quickly you need to make decisions, and how the game works.

“So I feel extremely supported. Anything that I've needed from the board they've supported me on. The way it works is very, very good.”

The vital ally to F1 drivers behind key performance gains