In a wet-to-dry race, Lando Norris produced an error-free display to move up from sixth to fourth following a duel with Lewis Hamilton and Max Verstappen, who both slipped up.

Starting from 16th, Daniel Ricciardo also had a strong race to finish behind Norris in fifth, after delaying a switch from intermediates to slicks until a lap 36 safety car.

In stark contrast to McLaren's 22-point haul, both Alpines of Fernando Alonso and Esteban Ocon retired due to power unit failures, allowing McLaren to suddenly jump the Enstone team for fourth in the constructors' championship and lead by four points.

When team boss Seidl was asked by Autosport if he was surprised to be leading Alpine after generally struggling to match it on pace in recent months, he said the points swing simply shows the fight for fourth will remain an "open battle" until the last lap in Abu Dhabi, with Alpine's huge score in Belgium now undone by McLaren's Singapore success.

"Well, if you look at how the races went since France, I think it was going backwards and forwards," Seidl replied.

"Alpine obviously had a great weekend in Spa where we had a lot of issues. And on the other hand, we had the opportunity to do the same today while they had issues.

"We don't get carried away with the result from today. We know that the battle we're in against the Alpines in the constructors' championship is a very tough one and that's why we are fully aware that this battle might go on until the last lap in Abu Dhabi.

"I think we have a solid car; I think we have a great team back home and here at the track and we have two great drivers. And that means we have everything it needs in order to keep this battle alive until the last lap in Abu Dhabi, and that's what we will try.

"I'm happy about the 22 points but at the same time I have a realistic view on today's result." 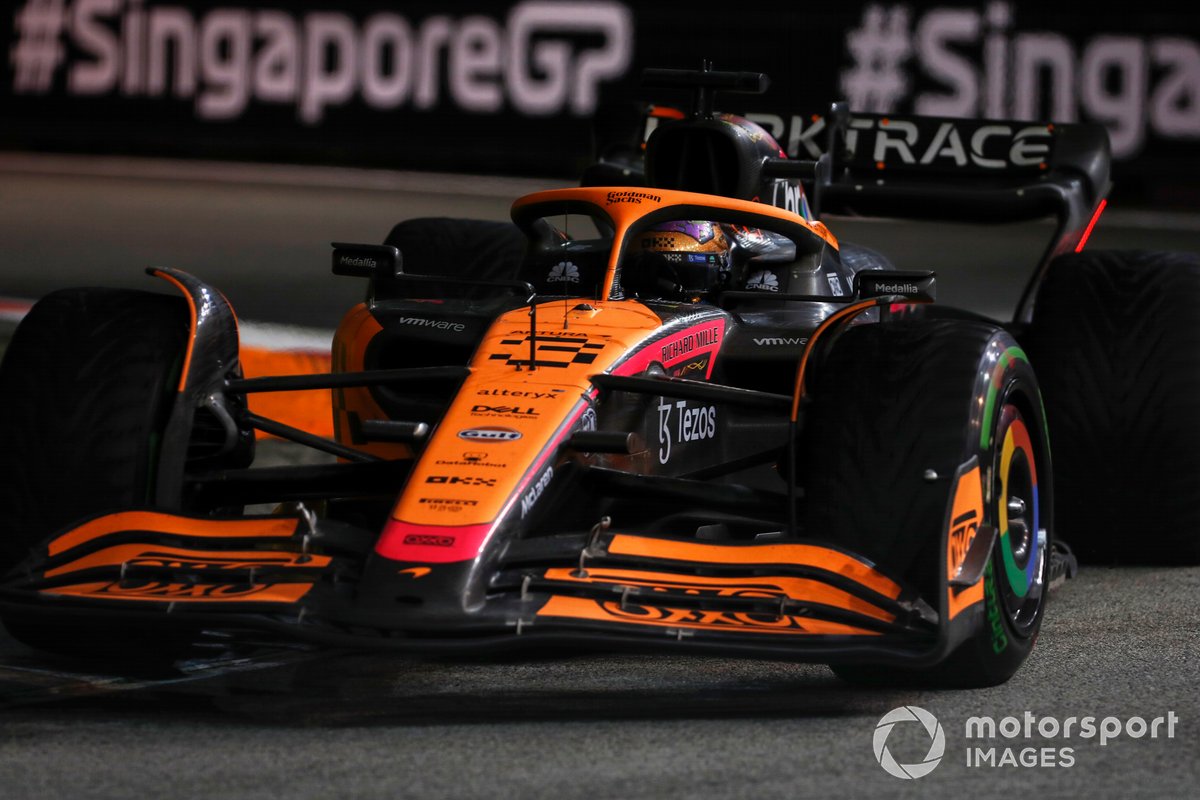 While it was tempting for Ricciardo's side of the garage to mimic Mercedes' George Russell with a disastrous early slick gamble, Seidl praised the team for remaining patient instead.

That risk-averse strategy was rewarded by the timing of a safety car for Yuki Tsunoda's crash, which allowed both drivers to switch to slicks after everyone else had already done so.

"The team did a great job on the pit wall together with good communication with the drivers to find the right balance between trying to achieve a great result but at the same time being patient and not taking unnecessary risks," Seidl explained.

"Obviously, it was good to watch what George was doing after he switched early to the medium tyres, and it was clear to a certain point that it would just have meant an unnecessary risk to switch too early.

"The drivers obviously are reporting what they feel on track. We tried to match that with the data we're seeing, especially today with seeing what George was doing.

"Based on that, together with the drivers we made the decisions we made and I'm very happy that they were the right ones.

"And what a drive from both drivers, I have to say as well. It was very tricky, we've seen many drivers going long or going into the barriers and both Lando and Daniel didn't get anything today, which shows that they are world-class drivers."