The team announced a reshuffle of its management on Wednesday, which included the resignation of racing director Eric Boullier - triggered by McLaren's disappointing season.

McLaren dropped to sixth in the constructors' championship after last weekend's Austrian Grand Prix and has fallen short of anticipated performance levels so far thanks to the downforce deficit.

"We don't have the same level of downforce this year that we had last year," said Brown.

"So we have identified an area in which our car this year is weaker than last year's car.

"Did we have the best chassis last year? No, definitely not.

"Did we have probably a better chassis? I think because of all the different variables it would be hard to definitively say yes or no, but we know we have less downforce this year than last year."

Although the changes, which include appointing Gil de Ferran as sporting director, promoting Andrea Stella to performance director and giving chief operating officer Simon Roberts overall responsibility for the car technically, have been made with immediate effect their full impact will be longer term.

Brown would not give a specific timeline for when he hopes McLaren will get back to the front, but said it will take years.

"Realistically, this is going to take some time to fix, so I think we are years away," said Brown.

"We have to be very realistic and honest with ourselves, with our fans, to say that this is going to be a journey, so I think everyone needs to recognise that." 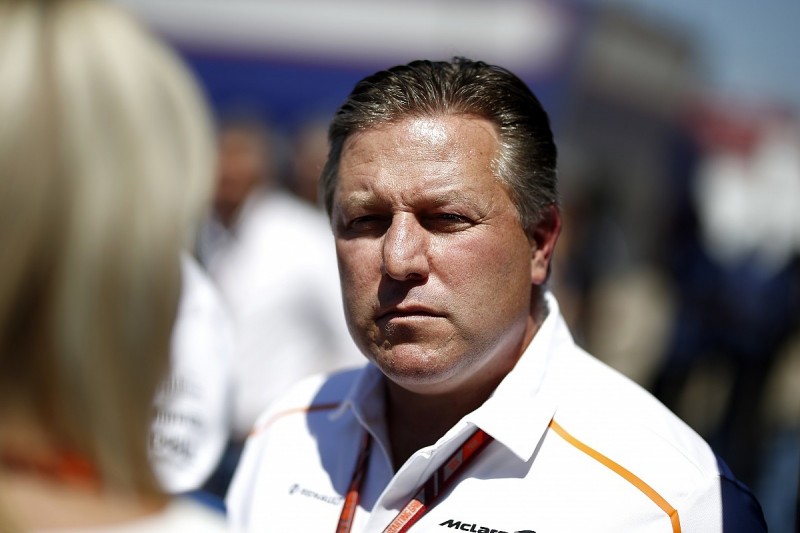 Brown left the door open for further changes down the line, with this week's reshuffle billed as the start of the process of getting McLaren back to the front.

"Yesterday is the start of the journey, we're not done," said Brown.

"That is the starting point."

Brown would not set a firm target for the rest of the season, but insisted the team has not given up on fourth in the constructors' championship - currently held by Renault, 18 points ahead.

"We're in a pretty big fight for fourth, fifth, sixth, seventh - all the teams are very close there," said Brown.

"What I'd like to do and what we are going to do is fight like mad to finish fourth in the championship."