Gunther Steiner believes Nikita Mazepin feels "the happiest since he entered Formula 1" at the start of the year following his practice display in Monaco on Thursday.

Following his graduation from F2 to F1 with Haas for 2021, Mazepin has finished as the slowest driver to set a time in qualifying at every race, and as the last classified driver in the three races he has finished.

But Mazepin was able to lead Haas's efforts through practice on Thursday in Monaco, finishing ahead of teammate Mick Schumacher in both sessions.

Mazepin finished 17th in FP1, two-tenths of a second clear of Schumacher, and edged ahead by 0.009s to take 18th place in FP2.

Haas team principal Steiner was pleased with how Mazepin had fared through Thursday's running, believing the Russian driver felt the happiest he had yet with the VF-21 car.

"I think he did a good job today," Steiner said after practice on Thursday.

"I spoke with him afterwards, and he was very happy. He said he was the happiest since he entered Formula 1 in the beginning of the season.

"He did a good job. He didn't do anything which he shouldn't be doing, and improved lap by lap. We still have a little bit to go, but I think we are on the right track in the moment. 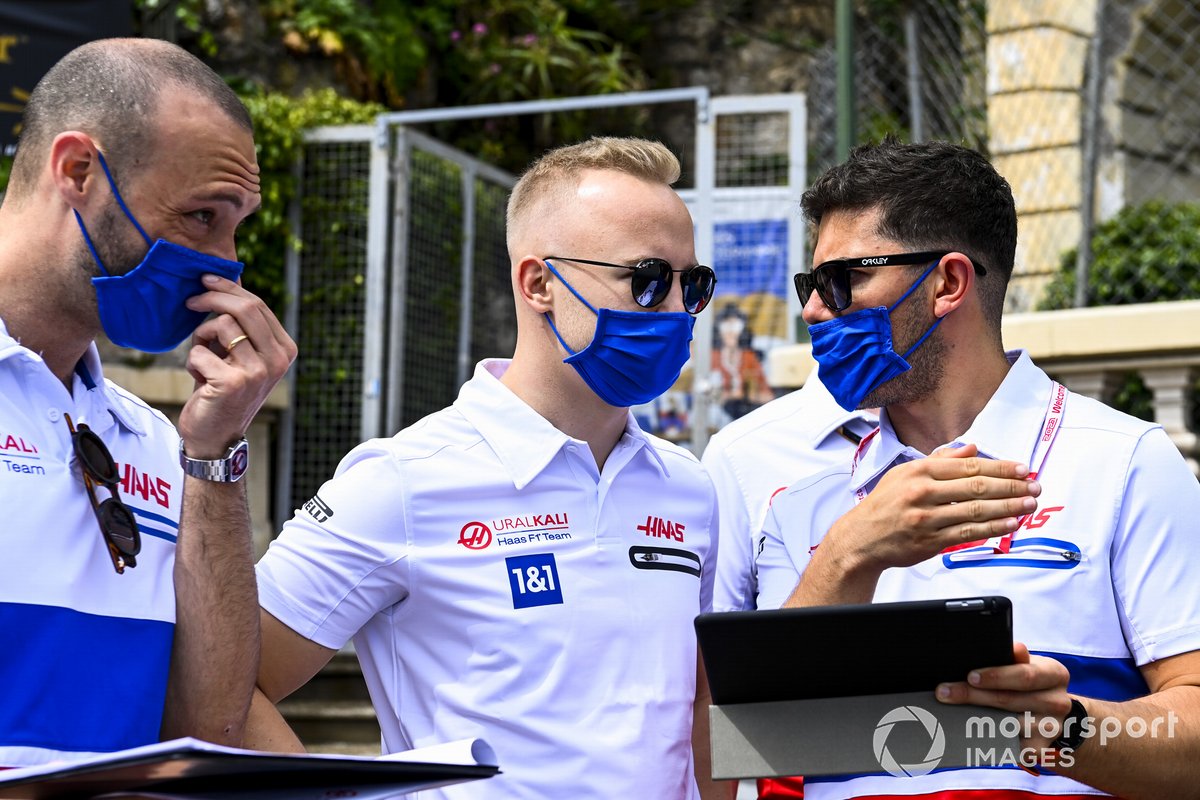 A Ferrari passes as Nikita Mazepin, Haas F1, walks the track with his team

"He just feels confident in the car.

"That's what he told me, he feels happy in the car, he feels confidence in it. I don't know other details, what is really different, but he just said that he didn't think that he would enjoy himself as much."

Mazepin recorded points finishes in both of his F2 race starts in Monaco in 2019, but said on Wednesday that he expected F1 to be a "massively different" experience.

Steiner said that it was "maybe a little bit" of a surprise that Mazepin's best practice showing to date came in Monaco, but knew there would be this kind of breakthrough at some stage.

"At some stage it will come, but I think it's also the time in the car," Steiner said.

"He's now [at] his fifth race weekend. It's just like getting used to it, and maybe getting more used to the whole thing."