Nikita Mazepin says he “almost crashed” following Antonio Giovinazzi on-track on Saturday in Bahrain as he tested how much downforce is lost when driving behind other Formula 1 cars.

Haas driver Mazepin continued his preparations for his debut season by completing the early session on Saturday during Bahrain testing, completing 76 laps in total.

The Russian driver set the seventh-fastest time of the morning, but almost lost control of his car exiting Turn 3 while closely following Alfa Romeo’s Giovinazzi during the session. He was able to catch the car as it veered to the right before dropping back.

Mazepin explained that he wanted to follow another car closely to see how much downforce is lost in F1 when not in clean air, with testing marking his first chance to drive the 2021 Haas on-track with other cars.

“With such limited running and obviously a lot of cars being most likely in front of me at the start of the race in Bahrain, I wanted to experience the amount of downforce that I will lose.

“I did get to experience that. I almost crashed, to be honest, because the wind snap was huge. It was a bit of a worrying moment, but good to try.

“Antonio was on a lower fuel run, and was doing, you know, not consecutive laps, when I was going through the whole race distance, and my pace was slower. So he overtook me.

“I wanted to stay behind and learn my way through.” 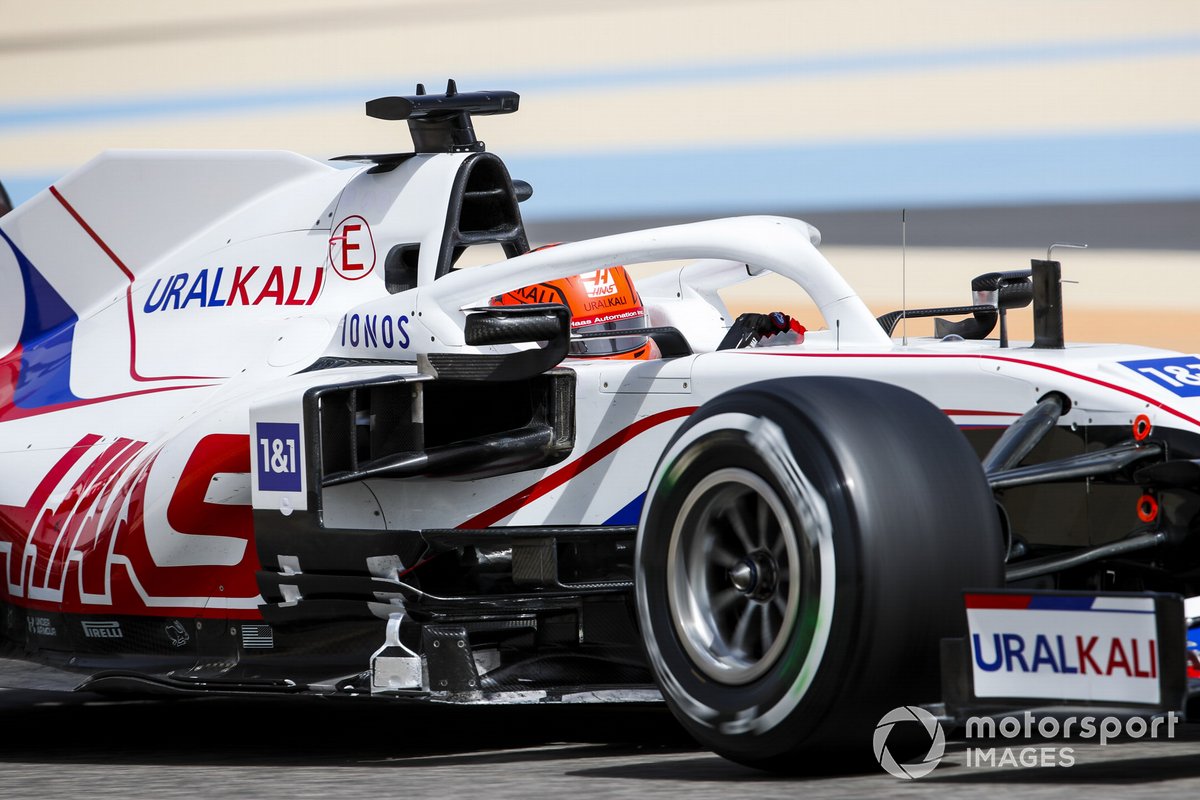 The loss of downforce following other cars is a big challenge drivers face in F1, and is greater than what Mazepin would have experienced in F2 over the past two years.

Mazepin said he was already feeling a “very big difference” from what he was racing last year during his first F1 test.

“Currently, I think there's a very big difference, but it's not a surprise to me,” Mazepin said.

“F2 does have a lot of downforce as well. It's a heavier car. So there are small gains here and there.

“But it's not the new thing to me, because races are more difficult.”