Haas Formula 1 team boss Guenther Steiner revealed Nikita Mazepin was "beating himself up" over his lap-one exit in Bahrain but is confident the Russian rookie is "ready to go again".

Mazepin's F1 debut weekend went from bad to worse when he lost control on the Turn 2 kerbs at the start, veering into the barriers and ending his first race after less than a mile.

Team principal Steiner said Mazepin was "pretty beat up" after his early retirement but has no doubts the Russian will try to bounce back in Imola. 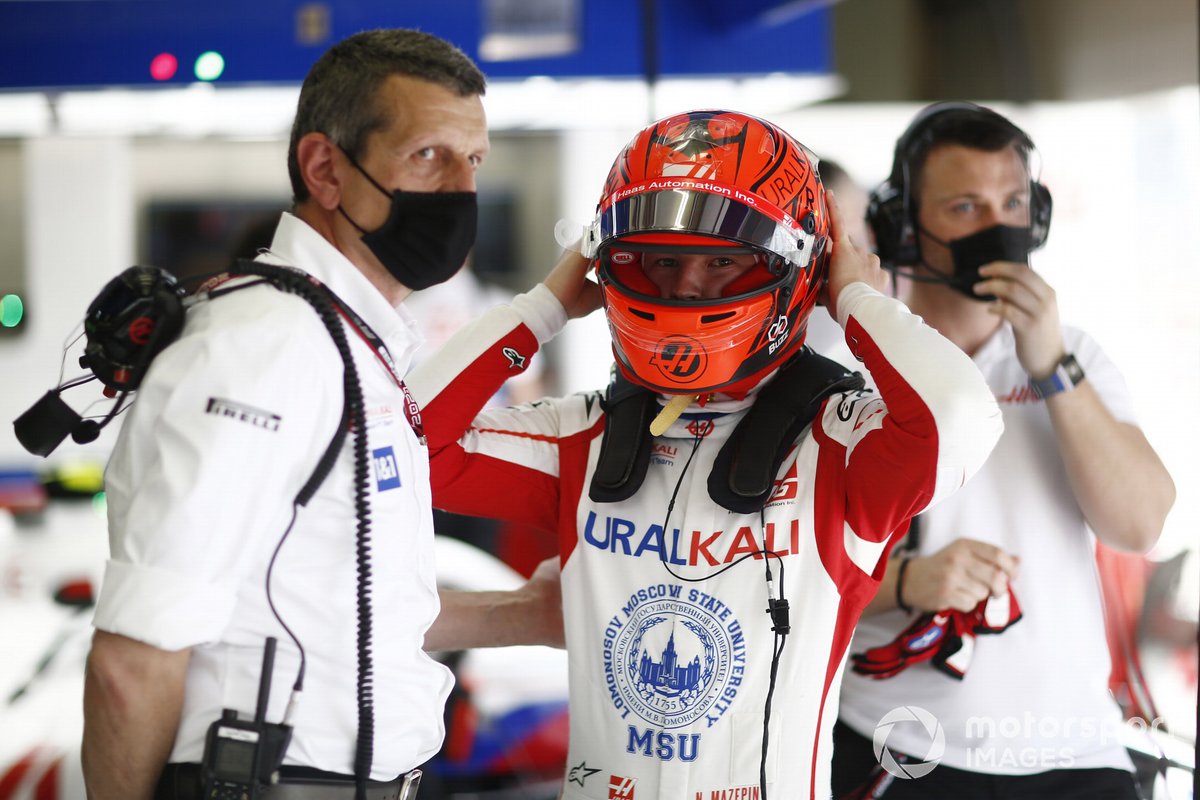 "I just said to him to keep his head up and keep on going," Steiner said.

"For sure, it's not ideal what happened, but it happened. He beats himself up pretty badly but he is ready to go again."

When asked by Autosport if Mazepin was trying too hard to prove his many critics wrong, Steiner answered Mazepin "was in a good place" ahead of his debut.

"It's a question [which] is difficult to answer, because I didn't really think about that way", Steiner replied.

"You always want to prove yourself, right? I don't know how much it affects you. He seemed to be pretty in a good place when we started testing.

"I wouldn't put it down purely to that, but for sure it is never an advantage to have a winter like he had."

The Haas VF21 appears to be a hard car to drive on the limit, as evidenced by teammate and fellow rookie Mick Schumacher also spinning during the race on his way to a distant 16th place.

"Nikita pushed a little bit harder, but I think that's his character for more than anything else. You try to find the limit and sometimes you go over it.

"I'm not really surprised about that, because you try to do the best you can and obviously our car is not easy to drive. I think he's one of these guys, well, he just tries very hard.

"I think both of them went on to the throttle too harsh, you know, and they then went on the kerb or something like this. These cars are so powerful and when the torque kicks in, you get a kick and you cannot recover them anymore."

Haas' lack of competitiveness makes it a tough environment for two newcomers and Steiner admitted his line-up's lack of experience carries its risks.

"Yeah, I think when you fight, they need to learn this fighting. I think this is down to experience. I do not think that they will do that again", he added.

"They will spin again, but not in the way they did today. This was a new experience, in a race, trying to fight with other cars and sometimes being a little bit too optimistic.

"But otherwise, Mick did a good job. So at least we got half of it achieved what he wanted to achieve."