Max Verstappen 'would be shot' for Hamilton-like fan event absence

Hamilton has defended his decision to miss F1 Live in London on Wednesday, an event the 19 other current F1 drivers all attended in the build-up to the British Grand Prix.

The Mercedes driver said he needed to take a break after the Austrian Grand Prix at the Red Bull Ring, which Verstappen said he understood.

But the 19-year-old emphasised attending such fan events is important for drivers, whether they are local or not.

"From Lewis's side if he wants a holiday he needs to take a holiday," Verstappen said at Silverstone.

"If it makes him faster he should do that.

"But of course I think English fans would have liked to see him there.

"If I did that in Holland they would have shot me.

"It's good to do those things.

"It was a great event, a lot of people turned up and we did some doughnuts, even though it was not allowed." 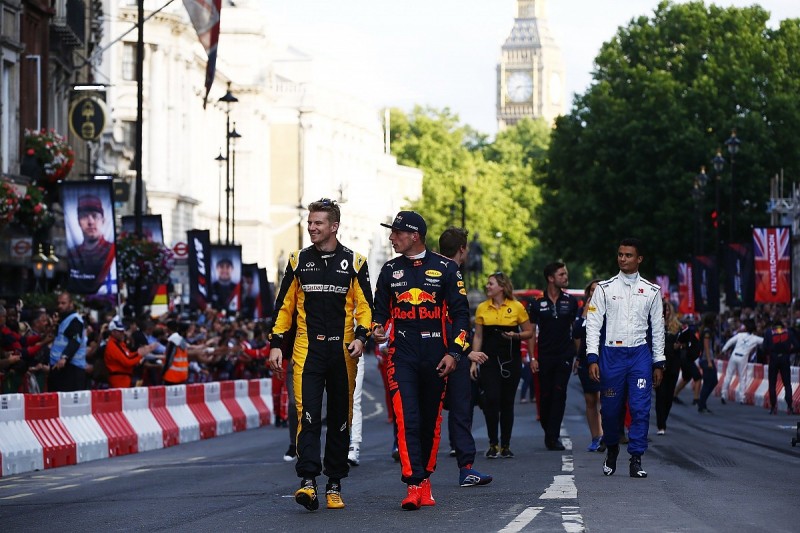 Asked if he would consider taking a holiday between back-to-back races, Verstappen replied: "If you need it. Everybody is different."

Hamilton said he would make it clear "how much I appreciate and respect" the effort fans make to attend the British GP, and said he already did "everything I can to genuinely connect" with his supporters.

During the drivers' parade for the previous race at the Red Bull Ring, Verstappen fired T-shirts into a grandstand filled exclusively with his fans and visited some who were camping at the track.

He said he was expecting more support at Silverstone.

"It's always a boost when you have a lot of fans around.

"I wish I had a Dutch Grand Prix, but here a lot of English fans are coming.

"Last year the support was great, especially when I overtook Nico [Rosberg].

"It was good for the championship and I could see a lot of English fans cheering."