Max Verstappen plans to stop speaking his mind over team radio during Formula 1 races, because he feels the broadcasts make him sound "a bit arrogant"

Verstappen responded to a reminder from Red Bull to conserve tyres during a chase of Nico Rosberg's Mercedes in the recent United States Grand Prix by saying: "I'm not here to finish fourth", which was broadcast on F1's live feed.

Like F1 rivals Romain Grosjean and Fernando Alonso, Verstappen feels his messages are being targeted specifically for broadcasts, and that those transmissions are misrepresenting his true feelings.

"All the time when I press my radio button it's broadcast, and sometimes it sounds a bit arrogant - especially 'I'm not here to finish fourth'," Verstappen explained.

"But that's just what comes up in my mind.

"I'm not there to finish fourth; I'm there to win, as a racer.

"On the radio it sounds like I'm arrogant and not listening to the team, but that's not my message to the team.

"Some [fans] do love it, some don't, so it's better I don't say anything so you have no discussions."

Verstappen's impatience behind Rosberg was criticised by Red Bull boss Helmut Marko after the race, but when asked whether he needs to find a better balance between aggression and patience in races, Verstappen said he was personally "more or less" happy with his current approach. 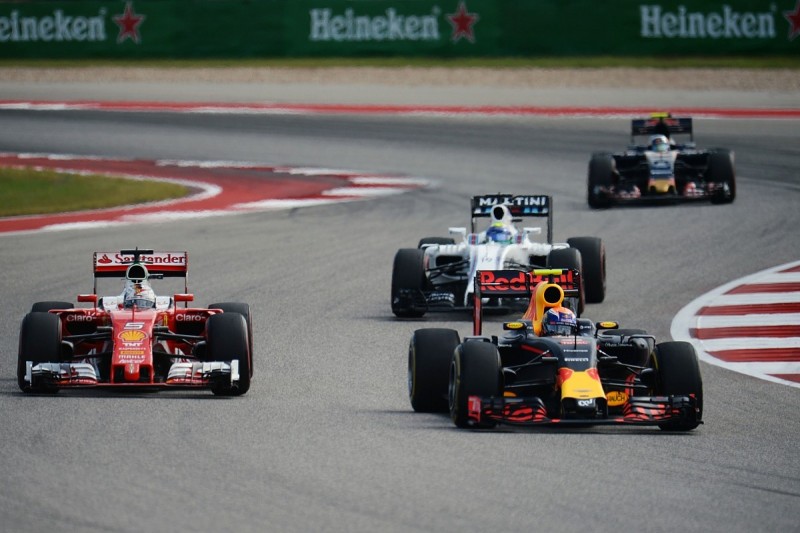 "It's been going pretty well," he added. "You can always improve, that's what I'm always trying to achieve, but especially this season I've been pretty consistent.

"You have those moments [of criticism] in your career. I've had it many times with my dad.

"I was just trying to get past. That's how I did it with Kimi - I arrived and I got past. With Nico it just didn't really work out."

Verstappen retired from the Austin race with gearbox failure, after mistakenly pitting before his team was ready to receive him.

He said this was the result of driving on "autopilot" rather than any specific miscommunication with Red Bull.

"After driving for an hour already you get into a comfort zone - you are a bit on autopilot," Verstappen said.

"I saw Daniel box the lap before, so I thought I would box the next lap for my last stint.

"That's where it went wrong. I was maybe thinking a bit too much for myself.

"It happened, but it won't happen again."