Max Verstappen: Don't tell me to change my style in F1

As Kimi Raikkonen and Sebastian Vettel reiterated their complaints about Verstappen's moves during their Belgian Grand Prix battles, the Red Bull driver argued no top sportsperson would change in response to rivals' pressure, comparing himself to Manchester United footballer Zlatan Ibrahimovic.

"Let's say you put an attacker like Ibrahimovic as a defender, would he like it? Just because other people think he is a better defender?" said Verstappen.

"I don't think he would listen to those guys. If he likes to attack, he wants to attack.

Verstappen stood by his belief that he has no reason to change his tactics unless the stewards declared his driving beyond the rules.

"There were no penalties given, so no reason to change something," he said.

Comparisons were made between Verstappen's defence against the Ferrari drivers last weekend and Michael Schumacher's battle with Mika Hakkinen in the 2000 Belgian GP, after which Hakkinen made his displeasure clear to Schumacher in parc ferme.

When that parallel was put to him, Verstappen replied: "At the end of the day Michael is still a seven-time world champion isn't he?"

Verstappen's Red Bull team-mate Daniel Ricciardo said he can see both sides of the row but believes the teenager will adjust his style over time. 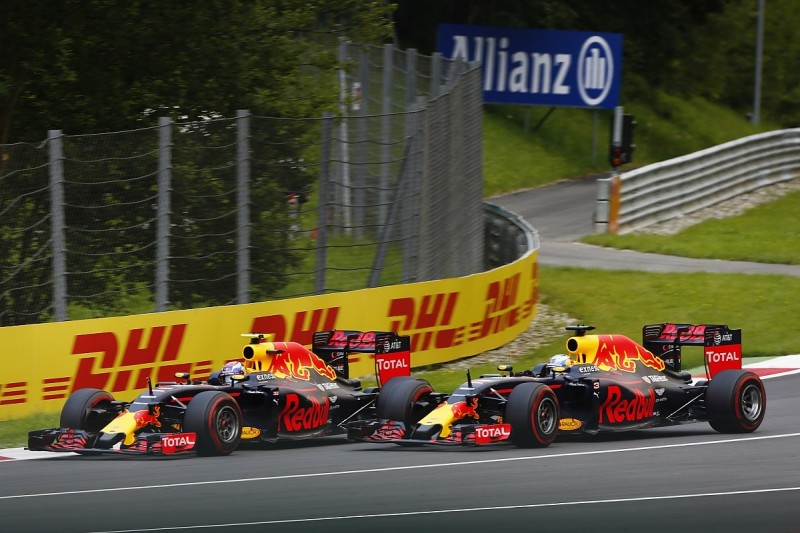 "I understand Kimi's point of view but I also understand Max's intentions and desire for racing and for wanting to be a real fighter on the track," Ricciardo said.

"You've just got to find a balance. He'll find it.

"He's still very young. I was nowhere near Formula 1 at 18 years old.

"When I joined Formula 1, I found the cars were so much faster and it took me a little while to always understand where to put the car.

"Things come up quicker and the slipstream's stronger, so even judging in the mirrors how quick a car's approaching isn't always easy.

"I don't disagree with Kimi, but I'll give the younger drivers the benefit of the doubt for now."

Asked by Autosport whether he believed Verstappen's insistence he would not change style just because others were criticising him, Ricciardo replied: "He will if everyone keeps giving him a hard time.

"It's probably just the age coming out. At that age obviously you're going through a lot and you're growing up from a boy to a man and you want to be your own man.

"So when someone tells you to do something your natural reaction is to oppose it."