Max Verstappen says a clutch problem at the Austrian Grand Prix start led to him being collected at the first corner, causing his third consecutive Formula 1 race retirement

Verstappen's clutch issue caused him to tumble down the order from fifth on the Red Bull Ring grid.

At the first corner he was hit by Fernando Alonso's McLaren, which had already been punted into a spin by Daniil Kvyat's Toro Rosso.

"I already felt in the formation lap that it was not fantastic," said Verstappen.

"And in the actual start I got a failure, so I got anti-stall, and then on the run up to Turn 1 it didn't feel great.

"I tried to stay out of trouble, to go wide, and I got hit on the rear tyre.

"Because of that, the clutch over-engaged, and it basically broke the bearing in the clutch. So I had no drive anymore.

"Of course I'm very disappointed for the fans, they were the best crowd I've seen so far and I couldn't even do a start or one corner for them, never mind 71 laps." 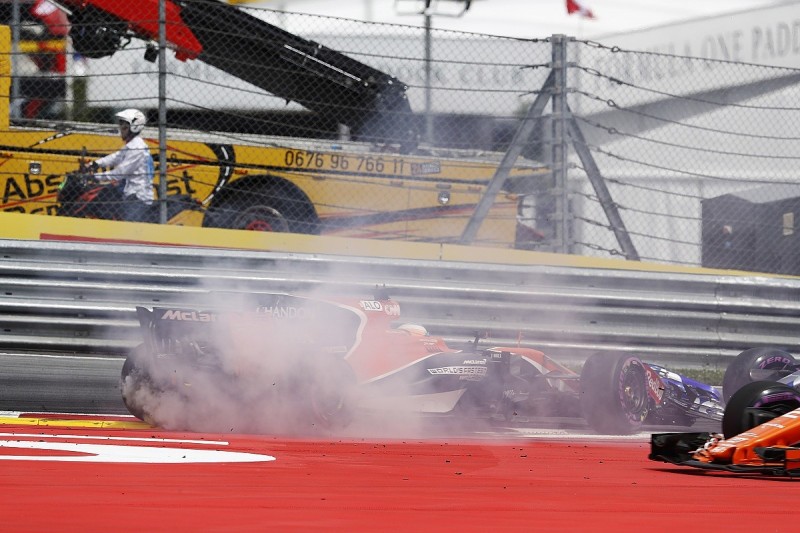 Austria also marked a seventh non-finish of the season for Alonso, who was forced to retire with accident damage.

"Carlos [Sainz Jr] and Verstappen had some problems and we had recovered those two positions and we arrived in Turn 1 and they touched us and ruined our races.

"We can't do anything, it's not in our hands. The starts are like this sometimes and these things happen, and when you are in the middle of the group or at the back there's more problems.

"Today it was our turn and hopefully next time it will be fine."

Kvyat was given a drive-through penalty for causing the incident and finished last.

Promoted: What makes Suzuka so special to Formula 1