Masi caused some surprise at the Jeddah circuit on Sunday when, during the second red flag period, he offered Red Bull the choice of grid slot for Max Verstappen.

With the Dutch driver having been deemed to have gained an unfair advantage when he overtook Hamilton off track at the first corner, Masi gave Red Bull the opportunity to take third or stick with pole.

If the team had decided to keep the top spot, then Masi would have passed Verstappen’s off-track overtake to the stewards - which could have resulted in a penalty.

The nature of Masi’s grid offer discussion has been described as ‘surreal’ by other teams, while Red Bull chief Christian Horner said it felt like something out of the ‘souk’.

But Masi thinks what he did was standard, and he views it no different to the kind of conversations that takes place with teams when there are occasions that he feels a position has been gained unfairly.

"It's very much a normal discussion that happens regularly on a number of occasions and has had all year and previously,” he said.

While some have been alarmed at what they felt was deal making between the referee and competitors, Masi see things very differently.

“I wouldn't call it a deal,” he explained. “From a race directors' perspective, I have no authority to actually instruct the teams to do anything. 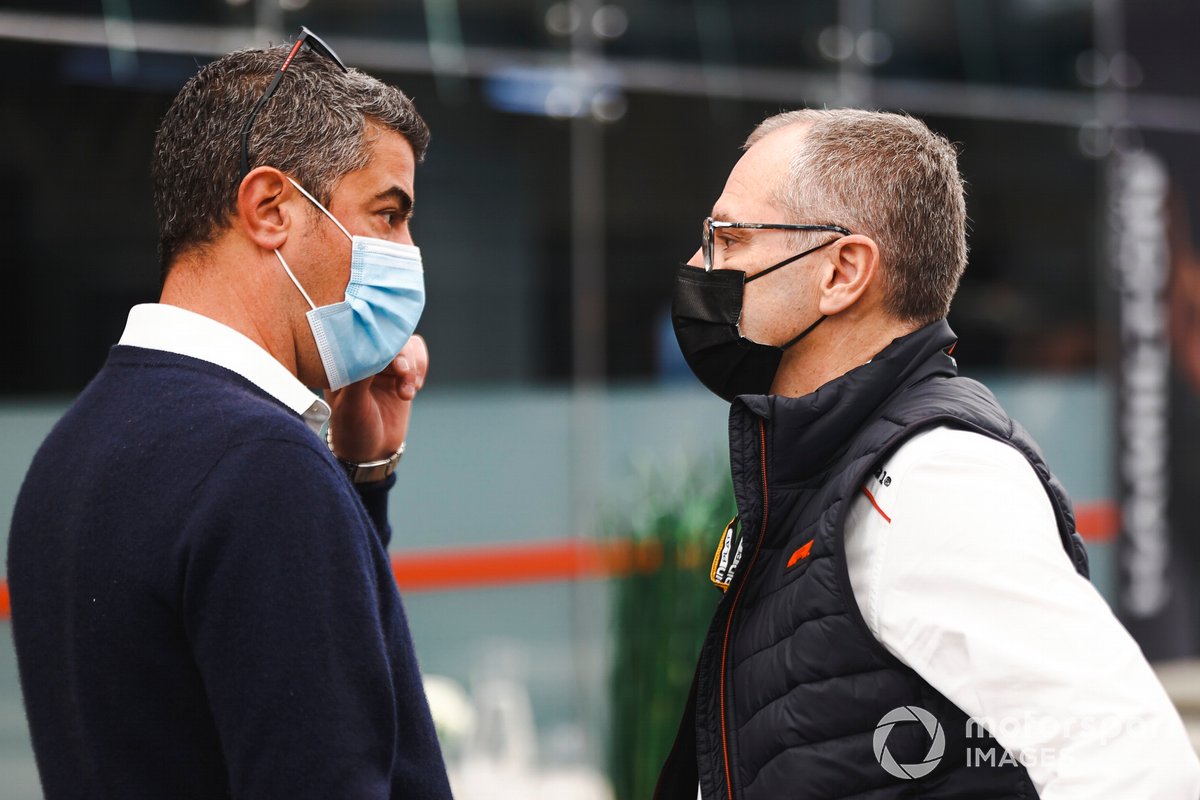 Masi said the circumstances of the situation seemed unusual only because the chat took place during a red flag period.

“The priority in any red flag situation is to make sure the drivers are safe, then to activate the recovery and the marshals to clean the track and so forth.

“So probably it seemed a bit elongated compared to normal. However, it's very much a normal discussion that takes place.

“When I saw it [the Verstappen/Hamilton incident] happen at Turn 2, I immediately suggested to the stewards that I'm going to give the team the ability to give that place back.

“The red flag obviously ensued very quickly thereafter, and that was absolutely the priority before we got going again. Being under a suspension, it was the ability to effectively correct that before we went racing again."