Max Verstappen's progress has moved him clear of his ex-Formula 1 team-mate Daniel Ricciardo in both qualifying and race trim, according to Helmut Marko

Verstappen and Ricciardo were broadly equal in their time together at Red Bull from early 2016 to the end of last year, although Verstappen enjoyed a more impressive '18 campaign overall.

He matched Ricciardo, who has moved to Renault for 2019, with two races wins but scored a further nine podiums and Red Bull motorsport advisor Marko believes Verstappen established himself as a "clearly" better driver.

"There is specific data," Marko told Autosport. "In qualifying the gap to Ricciardo is greater. In the race he's also a bit faster.

"The strange thing is Max sometimes slides more, but still manages to keep the tyres alive.

"That has developed. When he came to us, it wasn't like that yet.

"In the second year [2017] Ricciardo dropped back a bit, but he recognised that and then he worked intensively with his physio and other things on himself, so he came close to Verstappen again.

"But in the second half of the 2018 season Verstappen has clearly moved away." 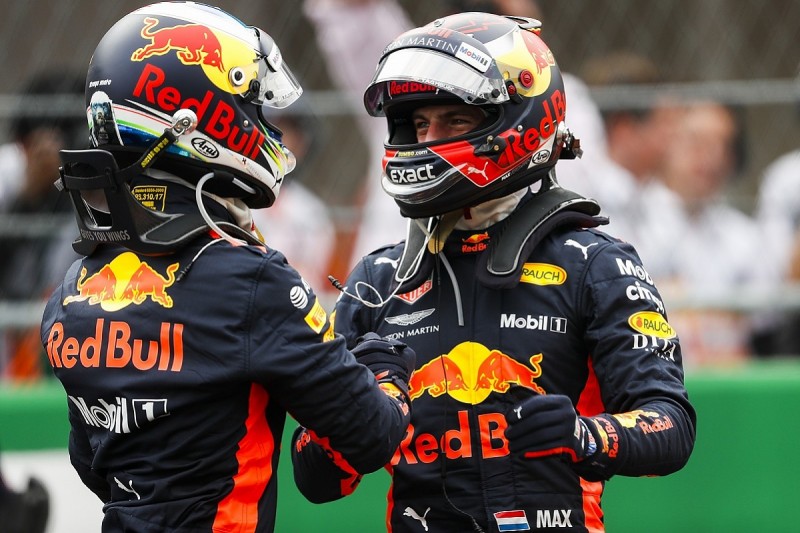 Marko said Red Bull would "mourn" Ricciardo because of how he pushed Verstappen on-track and the way they worked together off it.

However, he believes Verstappen proved in 2018 he had developed into a stronger driver with a fearsome reputation.

Verstappen ended the season fourth in the championship, ahead of Mercedes' Valtteri Bottas, but would have been third ahead of Ferrari's Kimi Raikkonen as well if not for his controversial Brazilian Grand Prix clash with Esteban Ocon.

The best championship finish of his short F1 career capped a strong recovery from Verstappen, who had started the year with race-ruining clashes with Lewis Hamilton, Sebastian Vettel and Ricciardo and a costly practice crash in Monaco.

"The basic problems were a certain lack of control and impatience," said Marko of how Verstappen arrested that slide.

"The point is Verstappen is fast enough. He doesn't have to constantly prove that he's the fastest.

"He doesn't need that. He already has an image in the duel that it's better not to mess with him."