Sauber driver Marcus Ericsson says he is talking with a host of Formula 1 teams, including Williams and Renault, regarding a seat for 2017

The Swede is out of contract at the end of the season, as is his team-mate Felipe Nasr, but is understood to have ties with Sauber's new owners.

But Ericsson said he is looking further afield as well.

"We're speaking to some different teams, including Sauber, but there's not that many seats left so let's see in the coming weeks," he said.

"Nothing decided yet, but hopefully soon I will know what will happen.

"Aim number one is to stay in F1 and in the best possible car."

When asked if he was talking with Williams, Renault and Force India, he replied "Yes" to each.

Of talks with Manor, he replied: "We've been speaking a bit with them.

"They were there as well, basically it's all the teams that are left.

"Obviously it's not myself but my management, and I think it's important to keep communication with all the teams and see what's happening."

Ericsson, currently in his third year in F1, is keen to progress his career and drive a car in which he can show his potential.

"Now I'm going into my fourth season next year, so I'm really eager to be in a car where I can be a bit more competitive and show what I can do," he said.

"I feel like I've taken steps all the time as a driver and perform on a better level but I haven't had the chance to really show it yet. 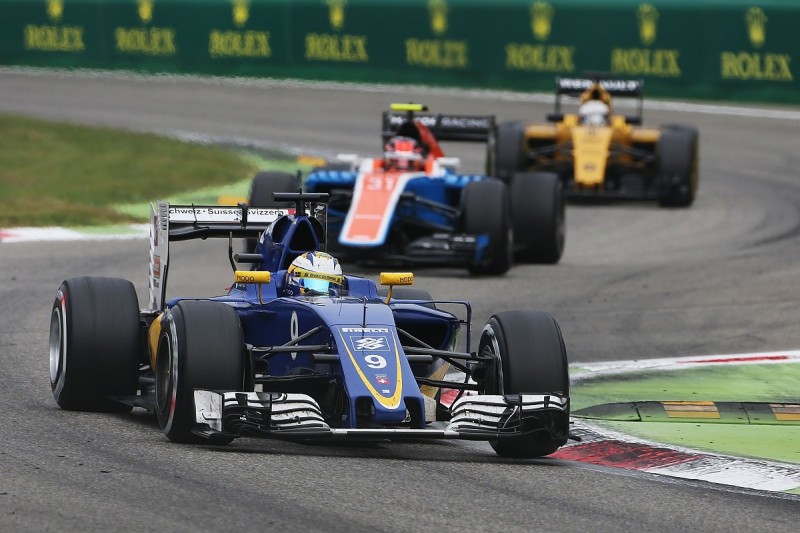 "So I'm really, really eager to be in a package where I can really fight for points on a regular basis.

"I want to be in a better package soon so that I can really show off performances on track that people can see.

"That said there's a lot of things happening now in Sauber as well, so it will be interesting to see with all the new personnel which way it goes."

When it was put to him that Williams would be the ideal team, based on the seats that are left, to achieve that goal, he replied: "Yes".

Williams has yet to announce its line-up, but Valtteri Bottas is expected to stay on while Nasr and the team's development driver Lance Stroll are frontrunners for the second seat.

Nico Hulkenberg is set to be partnered by Sergio Perez at Force India next term while both seats at Renault and Manor are as yet unclaimed.

With the technical regulations changing for next season, Ericsson conceded it makes it trickier to know which teams will be strong in 2017.

"You don't know," he said. "It's a big unknown and you never know what's going to happen or who will be strong and who will not."