Ericsson recovered to 11th in the Mexico City F1 race, having collided with Pascal Wehrlein through the Turn 4-5 complex on lap one following a separate collision between the Manor and Esteban Gutierrez's Haas.

After crawling back to the pits, Ericsson completed the remaining 70 laps on a single set of medium tyres to finish 11th, his best result of the season so far.

Ericsson hoped the performance would be enough to earn him Sauber's first point of 2016, but no cars other than Wehrlein's retired, despite several late-race incidents among the frontrunners.

"That was the race of my career so far, it was amazing," Ericsson said.

"After that start collision we had a damaged front wing and quite a bit of damage on the right side of the floor.

"We lost six or eight points of rear downforce from that collision.

"Somehow the pace was really good, I managed to keep the pace in the tyres for the whole race on the medium set.

"It was such a good race but still so frustrating to be there in 11th.

"I could see my pitboard [saying] 'P11' for the whole race, or the last 40 laps at least, and just waiting for something to happen.

"It wasn't the day but still, I think we maximised everything.

"We should be proud of that, build on this and our chance will come. We have to keep believing in that." 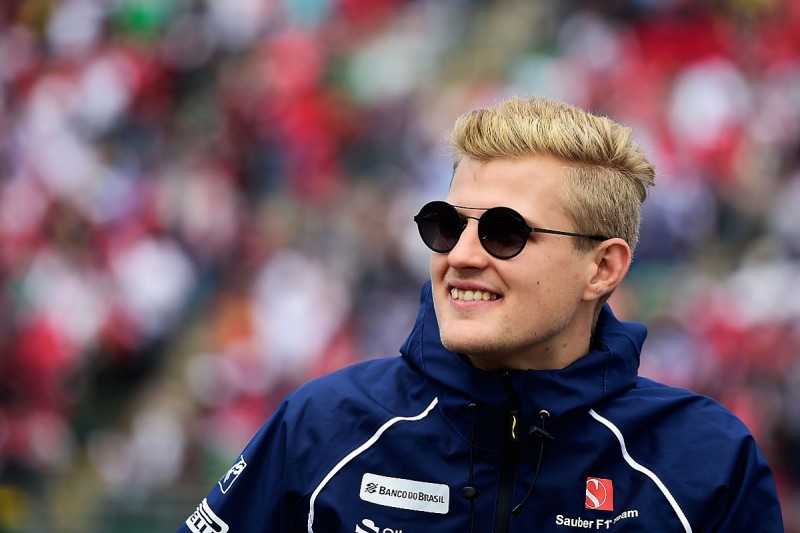 Ericsson also made it through to Q2 for the second weekend in succession, and Sauber team boss Monisha Kaltenborn praised the Swede for driving "a great race".

"It was really being there on your own merit," she told Autosport.

"The strategy was right, the car delivered, he delivered.

"He's improving race by race, and he's been very consistent.

"That's very motivating for the team, when they see a driver actually working on himself.

"The only thing missing is that he wasn't rewarded with that one point."

Sauber has just two races left to score a top-10 finish and lift itself off the bottom of the constructors' championship table.

Kaltenborn believes the team's recent upsurge in form proves it deserves to break its 2016 duck before the season concludes.

"We have been going step-by-step up and getting closer to the points," she added.

"We just have to continue with this approach, and make sure that if something happens we are there to get the point.

"You can't get closer. Now it's high time it came in."