The promoter of the Malaysian Grand Prix says he would consider a deal for Formula 1 to return in the future, but the racing needs to be improved

This October's grand prix will be the 19th and last at Sepang, after organisers came to an arrangement F1's new owner Liberty Media to terminate its deal one year early.

Last year, the Malaysian government asked the race promoter to begin talks to end the deal early as the poor economic return meant it was no longer prepared to fund the race.

Asked if he would welcome F1 back in the future, Sepang International Circuit chief executive Dato' Razlan Razali told Autosport: "Of course - the circuit is there.

"If it ticks all the boxes, we will take it back.

"We want to see how exciting F1 is again.

"The new owners need to take back control of F1 and the racing.

"The drastic regulation change for 2014, with the new V6 engines, was the beginning of the downward spiral of F1.

"Racing has become less exciting and that has had an impact on interest, both in terms of TV viewers and those coming to the track.

"Let's see what the new management comes up with." 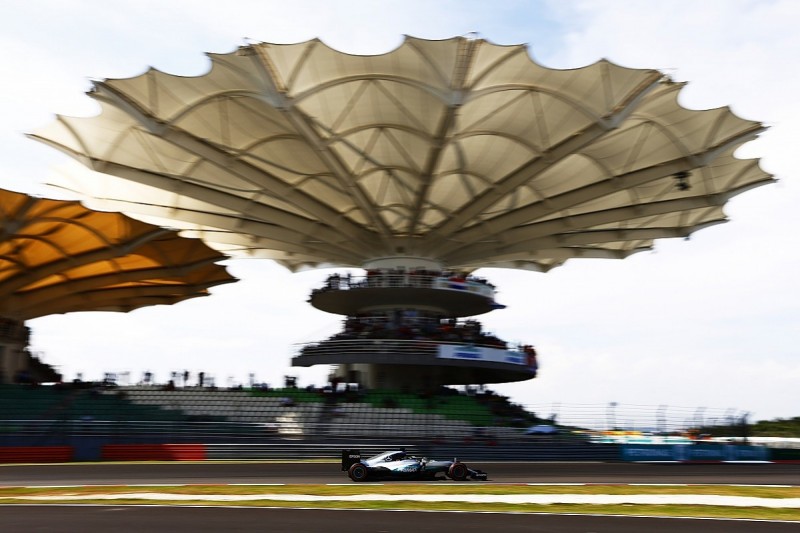 Despite tickets to the race being the cheapest on the calendar, Sepang attendances have fallen, with just 45,000 attending last year's race at the 120,000-capacity venue.

Razali admitted the arrival of Singapore on the calendar in 2008 did impact his race, as it "lost out totally" to its rival on corporate clients.

Singapore was also "unbeatable" with its off-track entertainment through its ability to attract A-list artists to perform each night.

"Having two F1 in south-east Asia is killing the sport," he added.

"It would be much better if we could alternate."

Asked if alternating was financially viable - as it is believed several venues on the current calendar do not think it is - Razali said: "I believe Singapore offered us an option to alternate before they joined the calendar.

"It was before I took this job and apparently we refused.

"Would I consider it if it was an option again? Yes I would."

Razali hinted at the possibility of Sepang acting as an F1 testing venue, but he is unsure there would be enough interest.

"I'm exploring the idea of testing," he said.

"But I'm not sure if fans will want to come and watch cars testing.

"It would also be an issue of cost. MotoGP pay us to test at the venue, so we have always made it free for fans.

"I'm not sure if that would be viable with F1."