F1 regulations have set the minimum weight of car and driver at 691kg, with an extra 10kg costing around 0.36 seconds per lap on the average circuit.

However, given the increased weight of the engine packages for this year, many teams and drivers believe that raise is not enough.

The Ferrari engine is understood to be over the minimum power unit weight of 145kg and both Saubers have been unable to hit the overall weight limit.

"The weight is very hard for us to achieve at the moment," Sutil told reporters in the Sepang paddock ahead of this weekend's Malaysian Grand Prix.

"We are overweight and step-by-step we are going to improve that, [but] it's going to take some time.

"The lightweight production is expensive but for the next few races we have a plan to try to reduce [the weight] regularly."

Gutierrez, who is the second lightest driver on the grid and is 14kg lighter than Sutil, added that he too is struggling with weight in his car.

"We still have a lot of work to do as we are quite a lot overweight," he said.

"But this is something we can work on easily from my side and we are doing little steps which will come during the season very quickly hopefully." 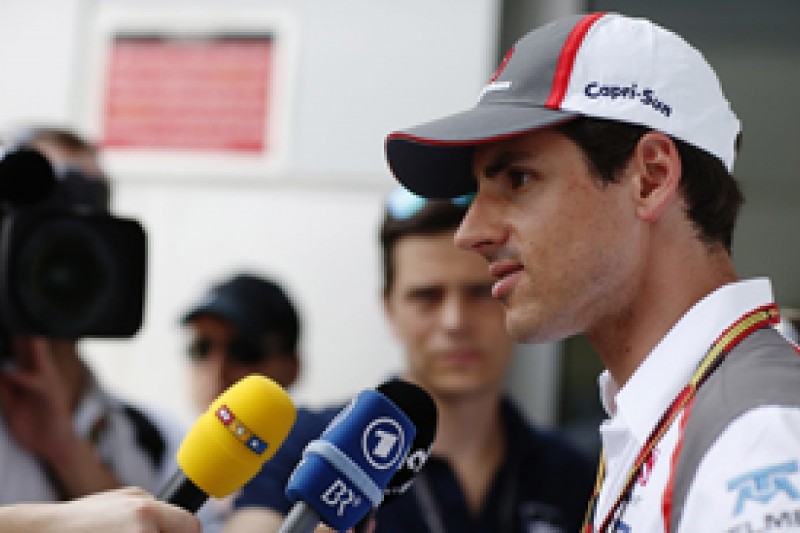 As the heaviest driver in the field at 75kg, which is a consequence of his 1m83cm height, Sutil believes he is losing half a second to his team-mate purely because of weight.

He thinks that the FIA has to raise the minimum weight in the future to prevent taller drivers being penalised.

"I cannot lose more, this is just how I am," he said. "I am a tall man so there are no other things I can do.

"Small drivers have a clear advantage. It's obvious, everyone knows it and I hope to have some adjustments in the regulations very soon.

"This is very different compared to the years before as tall drivers now have a clear disadvantage in laptime."