Magnussen has angered Alonso on several occasions in his F1 career, and the McLaren driver was incensed with the Dane's driving in two separate sessions over the British Grand Prix weekend.

Alonso hit out at Magnussen for "very dangerous driving" after a run-in during FP1 and then made an accusation of being forced off the track in the race, telling his team: "What I see from Magnussen I never saw in my life".

When asked ahead of this weekend's German Grand Prix if he felt Alonso had a personal issue with him, Magnussen insisted he had "no idea".

He added that there has had been "no problem" dealing with Alonso off-track.

But Magnussen did liken Alonso to Brazil forward Neymar, who was widely accused of diving and feigning injury during the recently-concluded World Cup tournament.

"He does complain a lot on the radio." Magnussen said of Alonso. "But, I mean, we see it in other sports as well.

"Even great athletes like Neymar and stuff, they exaggerate a bit." 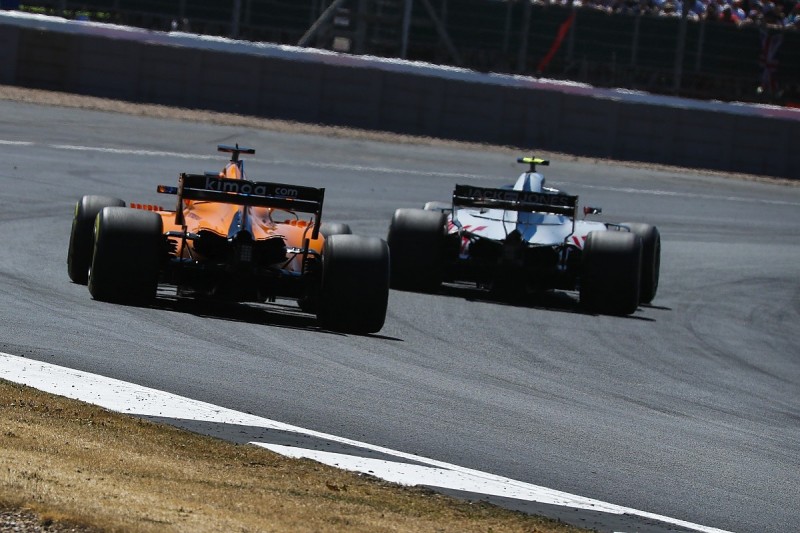 Alonso called for the stewards to intervene and penalise Magnussen during the Silverstone race - but, having been cleared of wrongdoing over the FP1 incident, the Haas driver also did not receive sanction for the second clash.

"The stewards didn't react, the race director didn't react at all, so I don't need to comment on that one," said Magnussen's team boss Gunther Steiner.

"For sure Fernando is doing his job, he is one of the best drivers and he is very good in all aspects.

"He has been doing it a long time, he knows which button to push, so he tried.

"He is trying to get the most for himself and it didn't work two weekends ago."

Magnussen's British GP had been compromised by an opening-lap collision with Romain Grosjean, who had locked up and hit his team-mate's car.

But Magnussen refused to apportion blame for the incident.

"I'm not going to sit here and do the blame game," he said. "I don't think there's any reason for that.

"We move on and the situation is pretty clear - we have a good car, we don't want to waste points, so what happened is not to be repeated hopefully.

"We are very open in the team, and close with each other, so we were able to move on pretty quickly. Of course, no one is happy about what happened, but it is what it is.

"I still managed to score a few points [in ninth place], but should've scored a lot more. But we just need to be scoring points more regularly with both cars."

Is 'free energy' trick the key to Ferrari's surge?