Lotus has the potential to take the fight to Formula 1 teams in the top 10 like McLaren and score regular points, according to trackside operations director Alan Permane

The Enstone team has endured a poor start to the season with the troublesome twin-tusk Lotus E22, but Romain Grosjean completed its first race distance in the Malaysian Grand Prix, coming home 11th.

This followed a Saturday during which both cars ran relatively smoothly, suggesting Lotus is finally getting to grips with the car.

"Racing for tenth is not what we want to do, but when you look at where teams like McLaren are, they certainly look very catchable," Permane told AUTOSPORT.

"We don't need to stick a great deal [of performance] in to do that.

"We know we have an awful lot coming power unit wise, so we know we can certainly react to them and although we are far back, it won't take a lot.

"To catch Mercedes or Red Bull is very difficult, but I'm pretty sure that we can be regularly going into Q3 and scoring good points."

The litany of problems endured by Lotus during pre-season testing and the Australian Grand Prix weekend, which carried over to Friday in Malaysia, means that there is significant untapped potential in the car.

As well as engine improvements, the team still has big gains to be made with set-up work over the next three race weekends in Bahrain, China and Spain.

"We know what we can do to improve things with the power unit and we are working hard with Renault to do that," said Permane.

"And it's not just the power unit, as we have got problems with our braking [by wire] system because we haven't used it much and are now discovering it.

"We have got some tests going on back at Enstone and we hope to learn a lot more about that."

AS TOUGH AS F1 GETS 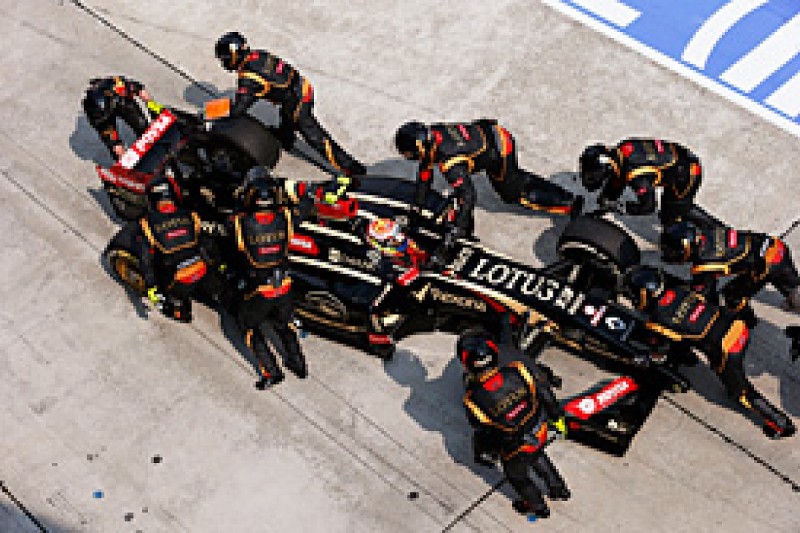 Permane added that the past six weeks have been difficult for Lotus, but that he is impressed with the effort put in by the team.

"It's been as tough as it ever gets," he said. "It's very, very hard for everybody.

"All the engineers and the mechanics here are doing incredibly long hours and for everybody back at Enstone it's soul-destroying not to see the car on track after all the work that's gone in.

"The work only gets harder when it's bad, but that's why we have a good bunch of people who keep their heads down and get on with it.

"There's no magic button. There is only one way out when you are in trouble and that's to put your head down and work."