The FIA would be risking significantly impacting upon the 2014 Formula 1 world championship should it opt not to extend Pirelli's tyre supply deal, McLaren's Jonathan Neale believes

Pirelli's current contract runs out at the end of 2013, and its motorsport boss Paul Hembery has warned it could quit the sport entirely should its "bizarre" situation not be remedied quickly.

Neale says moving away from Pirelli and ushering in a new supplier at late notice would be a major curveball that would inevitably compromise some teams' designs and therefore their fortunes.

"I think at this stage we are assuming - and I don't know whether there is any foundation for that - that somehow the process will continue with Pirelli," Neale told a Vodafone phone-in.

"If it does we have windtunnel tyres and information that will support our development process.

"For all the teams, not just McLaren, making sure we understand exactly what tyre, shape and weight is going to be does affect fundamentally some of the vehicle layout decisions.

"If we were to get a late change, from someone coming into the sport late notice, of course we would work around that and work with whoever the FIA chose.

"It would be the same for everybody, so if someone throws in a curveball at the last minute I guess we'd all have to recover. But there'd be some winners and losers in that."

Neale said Pirelli's response to the delamination and disintegration issues that plagued the early stages of this year's championship - and its ongoing guidance to teams - was evidence it was up to the job. 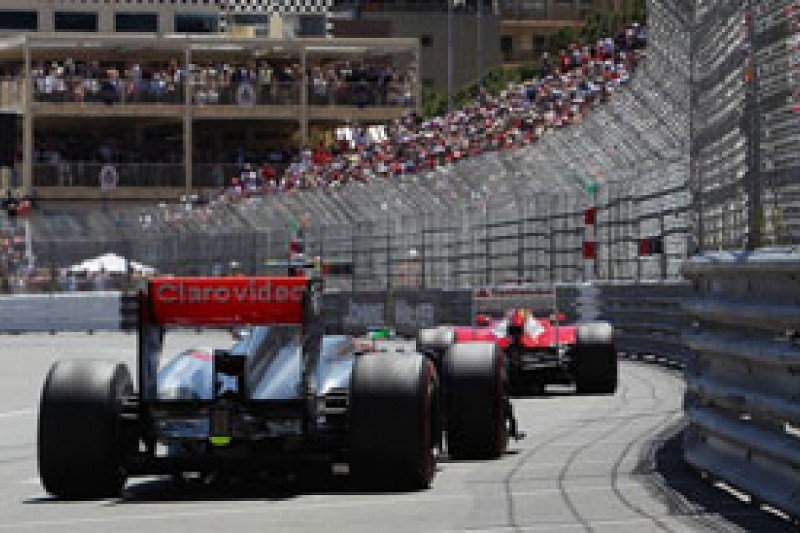 "I think we were all pleased to see changes had been made after the delamination issues and latterly large amounts of disintegration, so Pirelli have responded to that and were obviously keen to see the sport remain safe," he said.

"For this weekend coming [at Spa] all the teams will be on a reasonable degree of alert given the high loads.

"Pirelli are being rightly cautious making sure the teams operate within certain restrictive windows on tyre pressures, cambers etc, and we're supportive of that process."

Hankook and Bridgestone have already ruled out replacing Pirelli as F1's tyre supplier next year.

Kimi Raikkonen's priority is to stay at Lotus for F1 2014