Lewis Hamilton has warned Sebastian Vettel that he is not going to simply roll over and accept defeat this year, because he still thinks he can battle for wins

Although Vettel's dominance of the Singapore Grand Prix has left some, including Mercedes motorsport boss Toto Wolff, convinced the world champion can win all the remaining races, Hamilton is less sure.

The Briton, who has won one race so far this year, thinks that his outfit still has the potential to knock the Red Bull off the top step again.

"There's always fight in me," said Hamilton, who reckons he did not get the most out of his car in Singapore.

"Even in this race I still drove with the thought I could win, and that will remain the same for the rest of the year."

Hamilton insisted that the manner of Vettel's form in Singapore - where he was often more than two seconds per lap faster than anyone else - was not anything to be gutted about.

"It's not depressing," he said. "It's nothing new.

"I look at his on-board laps and it doesn't appear as though he is on the limit like some other drivers.

"When you have that much in hand it makes it that much easier to do so. At the end of the day he does the job he needs to do.

"They've also made a step somewhere on the car this weekend, but I still feel like we can fight at some point through the weekends for the rest of the season." 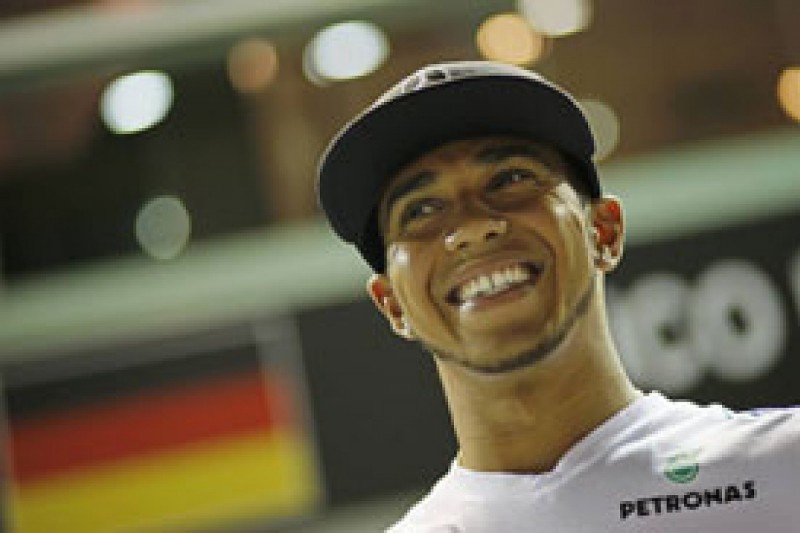 Hamilton knows his world championship hopes are over for this year, but says it would still be a great achievement if he can finish as runner-up behind Vettel, with Mercedes beating Ferrari to second place in the constructors' championship.

"That's going to be the target, but if we do what we did in this race then that's not going to happen," he explained.

"It's no coincidence Fernando always ends up second, even though he has qualified further behind.

"Sebastian is a long, long way ahead now. He's had the perfect weekend for many races, and we need to dissect that to see how we can adapt or improve on certain areas so we have those weekends."

It's Vettel, not Alonso, who needs Raikkonen