Hamilton produced a commanding performance in the US GP, claiming his fourth win in five events since the race at the Circuit of the Americas was added to the calendar in 2012, and the 50th of his F1 career.

The result came after Hamilton suffered a late-race engine failure while leading at Sepang, and he then lost further ground to Nico Rosberg in the title race at Suzuka after a weekend that included him walking out of a media briefing following the coverage he received for his behaviour in the pre-event press conference.

"We had just come out of Malaysia where he had lost the win - 25 points gone - and he would have made up that gap in the championship.

"Then it started with the press conference and it went into a spiral.

"He then had 10 days to recover and he came back strong. He let off steam."

Wolff has conceded, though, that what unfolded in Malaysia will likely still take some time for both the team and Hamilton to recover from, regardless of what transpires in the final three grands prix in Mexico, Brazil and Abu Dhabi.

Hamilton said he felt haunted by the prospect of hearing the same engine sound that signalled his failure in Malaysia as he drove to victory in the US.

Wolff admitted Mercedes was similarly worried, even if there were no particular reliability worries in America.

"It was as good as it can be with the engine," he added. 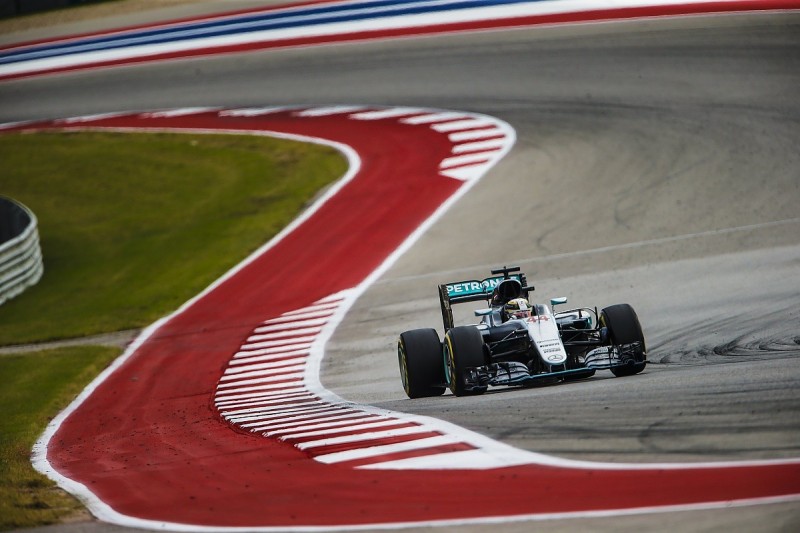 "I understand that Malaysia came out of nowhere and Malaysia stings all of us.

"That little trauma is going to remain for a while."

Hamilton now trails team-mate Nico Rosberg by 26 points with three races remaining, but he played down the significance of the time off between Suzuka and Austin.

"If we had come off a win in Malaysia I would have been on cloud nine going into the next race," he said.

"I wasn't on cloud nine, but I love being in Japan and I felt fantastic.

"I was only off by 0.13s in qualifying, and then the race was a disaster [after making a bad start].

"But I've battled through thick and thin through my whole career. It's nothing new to me.

"I don't have the championships I have, and the 50 wins through luck.

"It's a lot of hard work and dedication, from lots of other people, but also from me keeping my cool and doing my work."

Why shorter Formula 1 races would be a terrible idea