Lewis Hamilton believes Formula 1 will miss Kimi Raikkonen, as speculation mounts Ferrari is about to announce it will replace the Finn with Charles Leclerc for 2019

Raikkonen, who turns 39 next month, qualified on pole for last weekend's Italian Grand Prix but was denied a first win of the season by Hamilton.

Suggestions over the Monza weekend indicated Ferrari's new hierarchy has committed to honouring the late Sergio Marchionne's wish to promote Leclerc from Sauber for 2019.

There is strong speculation a Leclerc deal could be announced as soon as Thursday.

Asked after the Italian GP if he would miss Raikkonen if the 2007 world champion was out of F1, Hamilton replied: "It's always a difficult question to say if you miss someone.

"I think the sport would naturally miss him, yeah.

"I made it no secret that before I even got to Formula 1, when I was playing the PlayStation I was always Kimi in the McLaren, imagining that was me.

"Then I remember the first car I drove at McLaren [pictured below in 2004 testing], which was Kimi's set-up and the suspension that he would use. 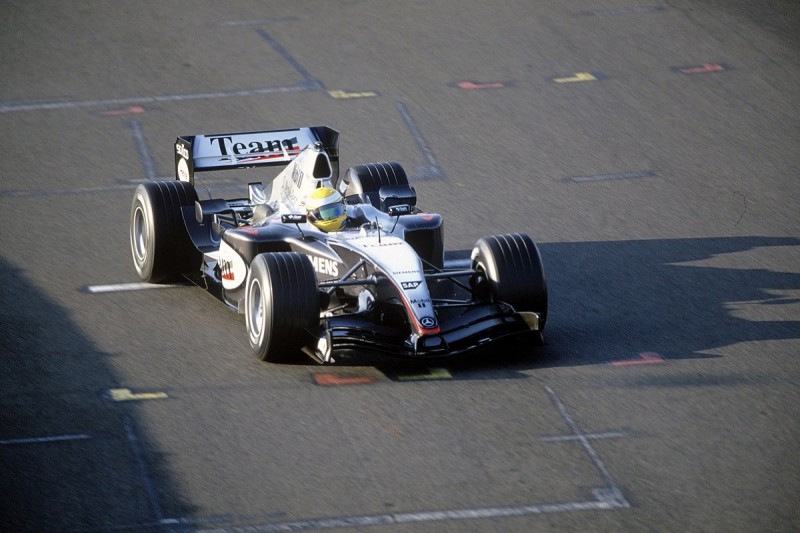 "It was an amazing experience and it was cool because I think our driving style was kind of similar, which meant that I ended up being quite comfortable with the set-up that he used back then.

"He's had an incredible career and it's been a real honour to race against a great Finn such as him.

"He looks like he's just ice-cold. He's just got plenty of years left in him. He's not seeming to age."

Raikkonen has started 284 grands prix but has not added to his 20 victories since rejoining Ferrari in 2014.

He is third in this year's championship, 62 points behind team-mate Sebastian Vettel in second, with nine podiums from 14 races - and second place in Italy was his 100th rostrum in F1.

"But I do think that during his interview by his former team-mate Felipe Massa [on the podium after the race], he became quite emotional watching the huge sea of fans flocking across the track to stand under the podium and chant his name.

"Since I returned to Formula 1 last year, I've noticed how Kimi has lightened up.

"It can be spotted in a host of little things, such as spending a bit more time signing autographs or smiling for cameras that in the past would usually have only elicited a scowl.

"This year, he is certainly driving better than at any time since he returned to Ferrari and maybe another chance [to win] will come along soon."