Lewis Hamilton is predicting an "easy breeze" to victory for Ferrari in the Hungarian Grand Prix, declaring there is little chance of Mercedes challenging its Formula 1 title rival

Although Mercedes duo Valtteri Bottas and Hamilton were only a few tenths adrift of pole position as they filled the second row, Ferrari's consistently strong form throughout Saturday suggests it should be just as quick in the race too.

Hamilton reckons Ferrari will be fully in control at a venue where overtaking is notoriously difficult.

"They have generally been quite good," he said in reference to Ferrari's race form.

"I think it is going to be an easy breeze for them tomorrow." 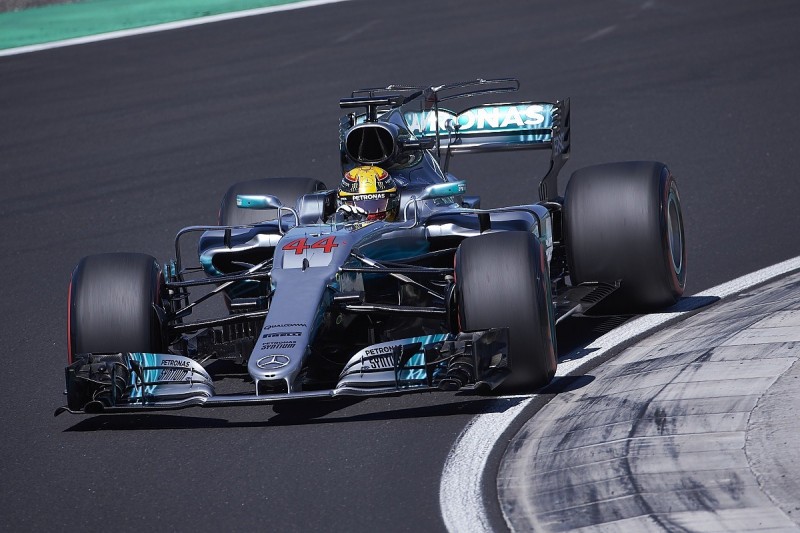 While Mercedes has not been helped by the tight and twisty Hungaroring layout suiting the Ferrari better, Hamilton reckons suggestions his team could still have been on pole are unrealistic.

"I don't think there was any moment that we had the shot on pole. We couldn't match the Ferrari's time today" Lewis Hamilton

"I don't think there was any moment that we had the shot on pole. We couldn't match the Ferrari's time today," he said.

Hamilton accepted that abandoning his first Q3 effort due to running wide had not helped his cause, but argued he was having to push his car much harder than he would have liked just to get near Ferrari.

"When you drive it to a certain limit the car feels fine, but then you see Ferrari's time, you think you need to push further," he said.

"So you drive 100% and the car is more on a knife edge. You are taking it into places you don't want to go."