Those difficulties have led Rosberg to predict that Mercedes cannot head into this year's race confident of beating Red Bull and Ferrari, despite winning every race in which at least one of its cars has finished so far this season.

But team-mate Hamilton says Mercedes has understood what went wrong last year, so should head to Singapore in decent shape.

"We already know where we should be set-up-wise in order to stop what happened last year, so hopefully we'll be in a better position," Hamilton said.

"When you go to all the races it's anyone's to lose, and it's not until you get there when you realise the pace of one car to another. 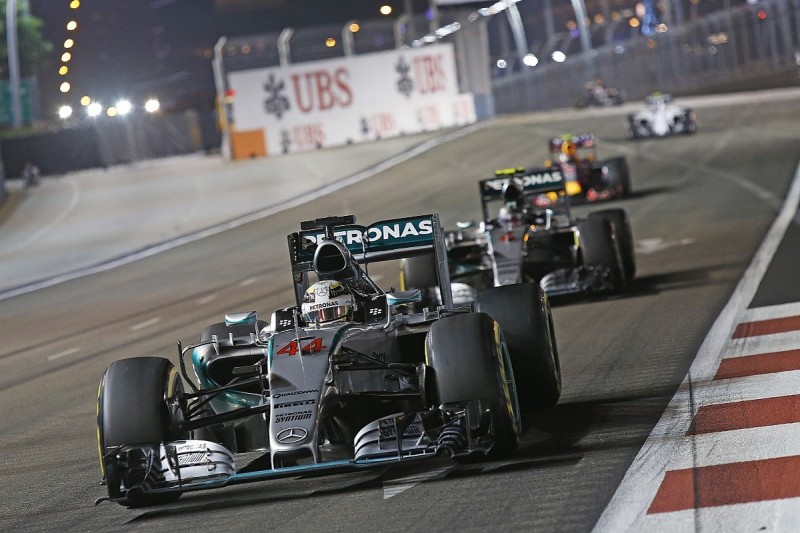 "Last year we had a big difference between us and them [Red Bull and Ferrari], but we've understood it, so this year we should be in a stronger position.

"But who knows? Maybe they'll be closer this time.

"I can't imagine they will be, but we couldn't imagine what happened last year.

"We're just going to prepare as best we can."

Pirelli will bring the new ultra-soft tyre to Singapore this weekend, alongside the super-soft and soft compounds.

Mercedes has run into some tyre difficulties this season, failing to bag pole position when the ultra-soft was first used at May's Monaco GP and struggling to keep the super-softs alive in high heat during qualifying for last month's Belgian GP at Spa.

But nevertheless a Mercedes has qualified on pole and won 13 of the 14 races held so far this season.

The only race it hasn't won is Spain, where both Mercedes collided while battling for the lead on the opening lap.

Williams Formula 1 team posts profit in first half of 2016