Lewis Hamilton says he is expecting a clean fight with Nico Rosberg for the Formula 1 world championship, that is set to be decided in Abu Dhabi this weekend

Lewis Hamilton says he is expecting a clean fight with Nico Rosberg for the Formula 1 world championship, that is set to be decided in Abu Dhabi this weekend.

The reigning world champion has won the last three races to reduce Rosberg's advantage to 12 points with 25 remaining.

But if Rosberg finishes third at Yas Marina, he will win his maiden world title even if Hamilton secures his 10th victory of the season.

Rosberg has finished second in each of the last three races and failed to make it onto the podium just five times in 20 grands prix in 2016.

The Mercedes drivers have clashed twice this year, taking each other out on the opening lap of the Spanish Grand Prix, and colliding in Austria on the final lap, with Hamilton benefiting to take victory.

Speaking over the Brazilian Grand Prix weekend, Hamilton said: "I don't go into the race expecting anything less than a fair fight.

"But I like to think higher of him and that wouldn't be something he would do.

"I just need to make sure I'm ahead." 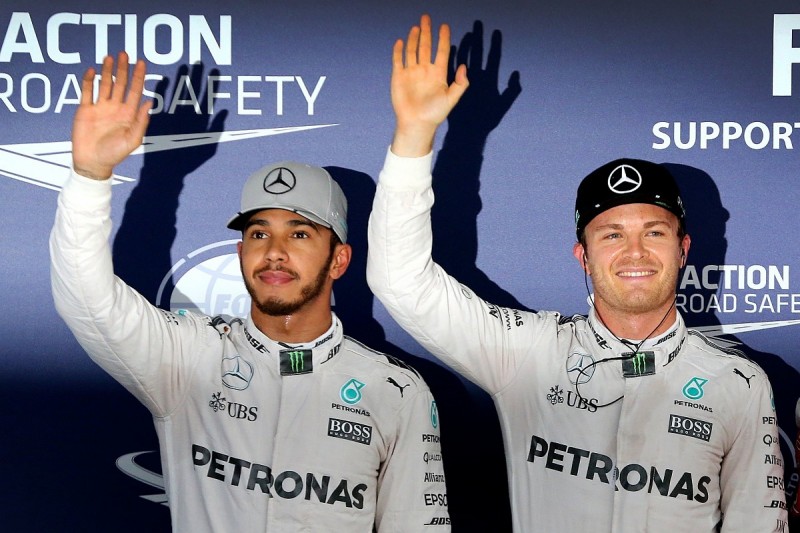 When asked if he thought Hamilton and Rosberg could collide again this season, team boss Toto Wolff said: "We know what our philosophy was in racing.

"We've done the past four years in racing with some minor hiccups in between.

"They didn't let the team down. This is an exceptional situation now.

"Our values, and the objectives haven't changed. It's in their hands to race in a sportsman-like way."

Red Bull has provided an increasingly big threat to Mercedes in recent races, but Rosberg does not feel Max Verstappen and Daniel Ricciardo or any other drivers will race him and Hamilton differently on track given the title fight.

"As a race driver you don't treat somebody differently just because he is fighting for the championship," he said.

Rosberg wins the title if:

Hamilton wins the title if: